Almost half of the youngest children don’t know why they are in care, and a quarter of 11-18 year olds have three or more social workers in a year 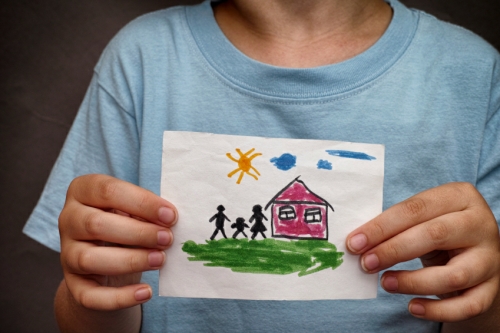 New findings from the largest annual survey measuring the wellbeing of children and young people in care reveal that nearly half (49 per cent) of four to seven-year-olds and a third (33 per cent) of eight to 11-year-olds do not fully understand why they are in care.

As part of the 'Our Lives, Our Care' study, Coram Voice and the University of Bristol surveyed nearly 3,000 children and young people about their wellbeing and feelings about their experiences of care. The report coincides with the publication of the latest Department for Education figures showing that the numbers of children in care in England are continuing to rise. A second report looked at the situation in Wales.

While official data covers areas such as placement moves and educational outcomes, the 'Our Lives, Our Care' study focuses on how children feel about their lives including their relationships, school experiences, bullying, feeling safe and receiving support. It is part of the Bright Spots Programme which enables local authorities to find out directly from young people in care what wellbeing means to them and what areas need to be improved.

In response to the findings, Brigid Robinson, Managing Director of Coram Voice, said: "Our Lives, Our Care gives us a unique understanding of what children and young people in care feel about their lives. Having someone they can trust is crucial to making sure they thrive, and it is concerning that many lack a stable relationship with their social worker.

"For us to improve outcomes for children and young people in care it is vital that we understand their experiences and learn from what they tell us. Our Bright Spots Programme gives local authorities this opportunity."

Professor Julie Selwyn CBE, Director of the University of Bristol's Hadley Centre for Adoption and Foster Care Studies in the School for Policy Studies, said: "While there is still much more local authorities can do to improve services, it is important to recognise that most looked after children and young people felt that their lives were improving, felt satisfied and were positive about their futures.

"About 18 per cent of young people (11 to 18-year-olds) had low wellbeing. This is a group who need to be identified and additional support provided to ensure their self-esteem improves and positive relationships are built with adults. Those with low wellbeing were disconnected - lacked friends, had no trusted adult in their lives and felt unsettled and unhappy."

You can find out more about the Bright Spots Programme on the Coram Voice website.

The 'Our Lives, Our Care' study consists of online surveys for children aged four to seven years, eight to 11 years and 11 to 18 years, which is part of the Bright Spots Programme. In 2017/18, 2,684 children and young people across 17 local authorities were surveyed.

Additional findings from the report include:

The Bright Spots Programme has been developed by Coram Voice and the University of Bristol over the last five years, with funding from the Hadley Trust. The programme has developed two new sets of wellbeing indicators to allow local authorities to design their work around what children and young people say is important to them.

Coram Voice is a national charity that works with children and young people vulnerable to harm or exclusion from society, and who have a particular reliance on the state or its agencies for their rights and wellbeing.  Coram Voice’s services include visiting advocacy, an advocacy helpline and an Independent Visitor Service for children with no regular family contact.  Coram Voice is the member of the Coram Group of Charities which have been advancing the welfare, education and rights of children in the UK for over 275 years.

Coram Voice and the University of Bristol have launched a new version of the survey to measure the wellbeing of care leavers and findings will be released in early 2019.