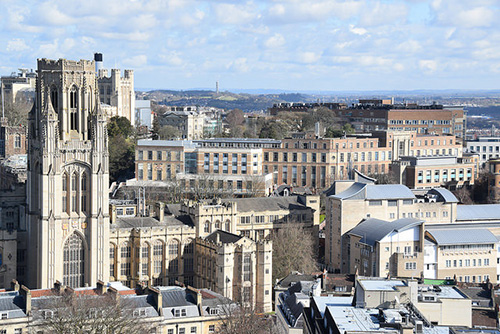 Research and teaching in key areas at the University of Bristol is among the best in the world, according to a new international league table.

It confirms that 19 subjects at the University of Bristol are highly rated within the world's top 100 – up from 16 last year.

Most notably, the field of Water Resources* is ranked top in the UK, third in Europe and 9th globally. This is a rise of two places from 11th last year.

The rankings analyse 4,000 universities and look at a collection of indicators, including measures of research productivity, research quality, extent of international collaboration, research with top quality, and the highest academic recognitions.

Nine of its subjects are within the top 50 alongside other leading universities such as Princeton, Massachusetts Institute of Technology, Harvard, Oxford, Cambridge, Nanyang Technological University, Delft and Sydney.

In addition to Water Resources, other subjects in the top 50 include:

Professor Hugh Brady, Vice-Chancellor and President of the University of Bristol, said: "It's always fantastic to see our research acknowledged in these international rankings. For 19 subjects to be ranked so highly cements our position as one of the world's leading research-intensive universities.

"Such success across the board is testament to the terrific hard work, academic brilliance and commitment of all our staff."

Shanghai Ranking began to publish Academic Ranking of World Universities (ARWU) by academic subjects since 2009 and is considered one of the leading international league tables.

The University of Bristol was ranked 8th in the UK and 61st in the world last year.

*Water research in Bristol is linked up through the water theme within the University of Bristol's Cabot Institute for the Environment. The water theme brings together researchers and academics across all career stages and from all University faculties. This ranking is another indicator of their exceptional performance and of the high-quality research performed across the University.