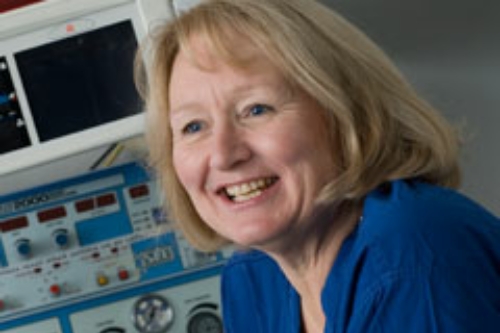 Cooling babies deprived of oxygen at birth (perinatal asphyxia) can reduce the number of children who develop epilepsy later in childhood, according to a new study published in the journal Epilepsia.

The study has been led by Marianne Thoresen, Professor of Neonatal Neuroscience, from the Bristol Medical School: Translational Health Sciences at the University of Bristol.

It is known that newborn babies who suffer perinatal asphyxia may develop permanent brain injury resulting in cerebral palsy or other conditions, like epilepsy. Until recently, 20 to 30 per cent of these patients would develop epilepsy and many need regular antiepileptic treatment.  The patients’ cognitive performance, life quality and life expectancy is also affected by having the condition.

The research team has developed and delivered cooling treatment, known as therapeutic hypothermia, for newborns who suffer lack of oxygen during birth. For up to eight years, the researchers followed 165 infants who were born in the south west and who received cooling therapy at St Michael’s Hospital, Bristol, part of University Hospitals Bristol NHS Foundation Trust. The study examined how many babies were diagnosed with epilepsy and how many are on regular antiepileptic drug treatment at two and four to eight years of age.

The research found that babies, born after 2007, who received the cooling treatment, had much less epilepsy than before cooling treatment was introduced. At two years, seven per cent of the children had an epilepsy diagnosis, however, far fewer, only two per cent, were on regular antiepileptic drugs.

The study showed that more children had epilepsy when they reached the age of four to eight years with seven per cent on regular medication. However, these are very low numbers needing antiepileptic treatment compared to before cooling treatment was introduced as standard of care.

Before therapeutic hypothermia was introduced, poor outcome meaning death or moderate or severe disability was around 66 per cent (32 per cent death and 34 per cent surviving with disability).

In this cohort born after 2007, the number of children with poor outcome is lower at 34 per cent (11 per cent death and 23 per cent survived with disability).  Also, the severity of cerebral palsy is milder and seven out of ten are able to walk. Even if a lesser severity of perinatal asphyxia is accounted for, cooling therapy has increased the number of healthy survivors and there are very few children with epilepsy needing drug treatment.

The research was funded by Sparks UK; The Medlock Charitable Trust; The Laerdal Foundation for Acute Medicine, Norway; University of Oslo, and a private donation.

Professor Thoresen was the first to show that cooling babies who have suffered oxygen shortage at birth could reduce their risk of suffering brain damage.  The treatment, known as therapeutic hypothermia, is recommended by the National Institute for Health and Clinical Excellence (NICE) and the International Liaison Committee on Resuscitation (ILCOR).  The treatment, standard throughout the developed world since 2010, saves 1,500 babies from death and disability each year and is saving the NHS, and families, more than £200 million per annum.

In 2014, Professor Thoresen’s cooling therapy research was one of three strands of research carried out at Bristol to be awarded the Queen’s Anniversary Prize for Higher Education - the highest accolade for any academic institution.  The award was in recognition of its leading-edge research in obstetric and neonatal practice, which has made a positive difference to mothers and babies throughout the world.