Royal award for saving babies’ lives around the world 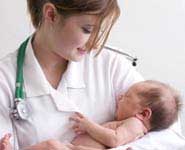 The University of Bristol has been awarded the Queen’s Anniversary Prize for Higher Education - the highest accolade for any academic institution – in recognition of its leading-edge research in obstetric and neonatal practice, which has made a positive difference to mothers and babies throughout the world.

Birth and the early stages of life are safer because of three strands of research carried out at Bristol.

The announcement was made last week at a reception at St James’s Palace, which was attended by the Deputy Vice-Chancellor, Professor David Clarke and Professor Marianne Thoresen.

Professor David Clarke, speaking about the award, said: “The University is delighted to receive this prestigious award.  It highlights the ground-breaking research being carried out by Bristol academics.

“The research in obstetric and neonatal practice has made a positive difference to mothers and babies and will continue to save thousands of lives throughout the world.”

The Queen will present the prestigious accolade, which is part of the UK’s national Honours system, to the University during a ceremony at Buckingham Palace next year.

A total of 17 universities and three further education colleges won the highest national honour in education at the announcement.

The Rt Hon David Willetts MP, Minister of State for Universities and Science, said: “I warmly congratulate the twenty universities and colleges honoured in The Queen’s Anniversary Prizes for Higher and Further Education.

“I welcome the role that the prizes play in enabling our institutions to publicise their successes. Britain’s ability to compete depends on the quality of the teaching and research undertaken by our universities and colleges; and particularly on the translation of that work into real benefits for society, business and the growth of the economy.”

The award recognises the academic institution rather than an individual or team. It was established in 1993, and is organised by the Royal Anniversary Trust.

The tenth round presentations, to representatives from the winning institutions, will be made in February 2014 at a Buckingham Palace honours ceremony.

University of Bristol
Obstetric and neonatal practice: saving babies’ lives around the world

University of Leicester
Inter-connected research and expertise in history, heritage and archaeology, highlighted by the discovery of Richard III

The University of Manchester
New techniques in x-ray imaging of materials critical for power, transport and other key industries

Northumbria University
The Student Law Office: a distinctive contribution to legal education providing access to justice in the local community