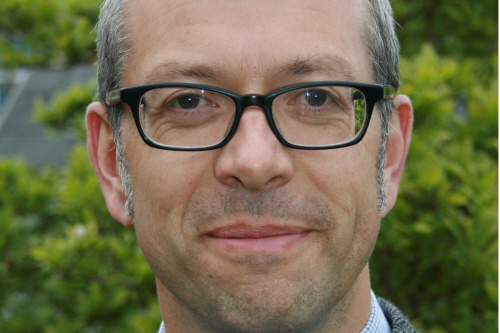 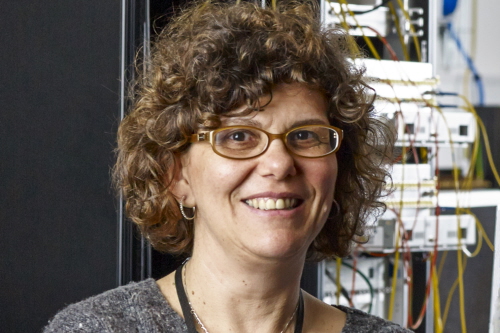 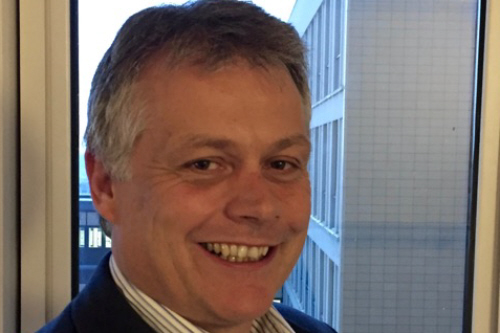 Professor Drinkwater’s award was for the project ‘Exquisite ultrasonic micro-manipulation in lab-on-a-chip environments.’

The last decade has seen a rapid move to miniaturise technology, such as in mobile phone electronics and in the fields of nanotechnology and medicine. However, at present the tools used to assemble devices on this scale are expensive and difficult to operate.

Professor Drinkwater plans to develop new micro-manipulation technology using high frequency ultrasonic waves, which could pave the way for small and cheap micro and nano scale assembly. One aim is then to use this technology to build lab-on-a-chip devices with applications in rapid drug discovery and a new generation of cheap yet sophisticated clinical diagnostic tools.

The technology will consist of an array of many emitters that can launch ultrasonic waves into a tiny container. By careful control of the amplitude and timing of these emitted waves almost any pattern of acoustic intensity can be formed. These intensity patterns produce force fields that can be designed to grip objects thereby creating non-contacting ultrasonic tweezers. As the frequency increases, which is one of the key aims of the work, the resolution also increases meaning that individual particles, such as cells and nanoparticles can be manipulated and assembled. This approach has the potential to be very cheap as well as being completely safe to operate and harmless to living matter.

Outside of the biomedical field the project will investigate how ultrasonic manipulation technology can be used in other ways, such as assembling new materials as part of 3D printing systems. The applications of this new technology are vast and range across biology, medicine, chemistry, physics, materials science, nanotechnology and microscale engineering.

Bruce Drinkwater, Professor of Ultrasonics and Head of the Ultrasonics and Non-Destructive Testing (UNDT) research group, said: “I am delighted to be honoured with a Royal Society Wolfson Research Merit Award and for the University in nominating me for the Award.

“My vision is to see these new ultrasonic manipulation techniques move from the lab and become widely used by industry, clinical and diagnostic medicine, as well as innovative areas such as small scale water purification.”

Professor Dimitra Simeonidou’s award is for the project ’A novel vision for future cities through digital infrastructure programmability’.

By 2050, the human population will reach nine billion people, with 75 per cent living in cities. This trend drives the rise of smart cities, which aim to offer more efficient services to citizens by exploiting communications, sensors and cloud technologies.

Based on this work, Professor Simeonidou has proposed a new city concept, the Programmable City, which is able to adapt its digital infrastructure to challenging and unpredictable application needs and support flexible service scenarios meeting future city requirements.

Professor Simeonidou, Head of the High Performance Networks Research Group and Director of the Smart Internet Lab, said: “My vision is to lead new research towards generalised, programmable city solutions where cities connect to a new type of global network, the new ‘Internet of Cities’.”

Professor Paul Weaver’s award was for the project ‘Towards artificial metamorphosis of composite structures’. Composite materials have the ability to revolutionise transport through fuel savings, greater speeds and manoeuvrability of vehicles, to the more far-reaching such as morphing which will allow the same vehicle not only to fly but also to drive on land.

Research at Bristol will challenge current state-of-the-art structural design principles by combining geometric shapes, variable stiffness materials and pre-stress into structures that can then change their shape over time, slowly or quickly, in a purposeful way. By also considering parts of the structure that can break apart and then reattach elsewhere the first types of engineering structure that can be considered to undergo artificial metamorphosis will be created. New mathematical models will be developed and used to guide the design and manufacture of a suite of prototypes demonstrating shape-changing structures for aircraft, spacecraft, wind turbines and high performance vehicles.

This award will also provide an exciting opportunity to promote STEM technologies to children with a programme of engagement activities, promoting hands-on design and manufacture of shape-changing toys, such as aeroplanes, to instil the sense of excitement that accompanies engineering success.

Paul Weaver, Professor in Lightweight Structures in the Department of Aerospace Engineering, said: “I’m thrilled to have been awarded a Royal Society Wolfson Research Merit Award. The global composites sector is estimated to be worth over $29 billion in 2051 and is forecast to achieve average growth of seven to nine per cent annually over the next five years, driven by aerospace, automobile and wind energy sectors. In line with this, the sector represents a significant economic growth opportunity for the UK in high-technology, valued-added manufacturing.

“The University, and the UK more widely, are already recognised as world leaders in composite technologies. This award will help build on this reputation through the development of exciting new high-value design and manufacturing area of shape changing composite materials and their engineering structures.”

Jointly funded by the Wolfson Foundation and the Royal Society, the Royal Society Wolfson Research Merit Award scheme aims to provide universities with additional support to enable them to attract science talent from overseas and retain respected UK scientists of outstanding achievement and potential.