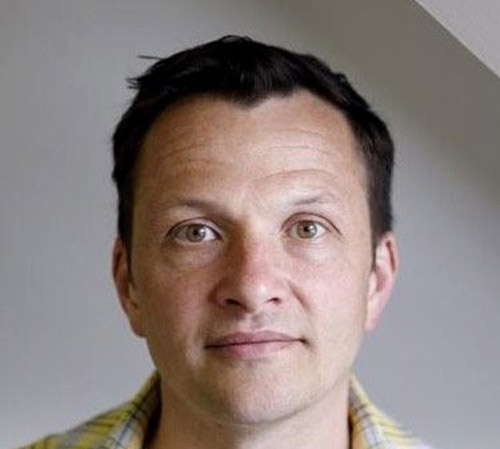 Professor Marcus Munafò from the University of Bristol’s School of Experimental Psychology has been conferred with the 2017 Presidents' Award for Distinguished Contributions to Psychological Knowledge by the British Psychological Society.

The award confers life membership of the Society and recipients are invited to deliver the Presidents' Award Lecture at annual conference.

Professor Munafò is a programme lead within the University’s MRC Integrative Epidemiology Unit which conducts some of the UK's most advanced population health science research, using genetics, population data and experimental interventions to look for the underlying causes of chronic disease.

He is also director of the Tobacco and Alcohol Research Group; in this role he has provided regular consultancy to the World Health Organisation and the European Commission on issues of tobacco control.

His work has been cited in the recent European Tobacco Products Directive and has been used by the Australian Government’s defence against legal challenges to recent plain packaging legislation.

As a leading advocate of good scientific practice in psychology Professor Munafò has been involved in a number of national and international debates on the reproducibility crisis, including the Society’s Replicability and Reproducibility Debate held at the Royal Society in 2016.

Professor Munafò said: "It's a genuine honour to receive this award, and I’m grateful to all of the colleagues and students who have supported and contributed to my work over the years."

Professor Daryl O'Connor, Chair of the British Psychological Society’s Research Board said: "The Presidents' Award is given as a mid-career recognition of the achievements of someone who is currently engaged in research of outstanding quality.

"Professor Marcus Munafò's research is outstanding and it is internationally renowned in the area of addictive behaviours, in particular alcohol and nicotine use.

"In addition, this award also recognises the outstanding contribution he has made to the replication and reproducibility debate and the open science movement more generally. In sum, Marcus is a very worthy recipient of this prestigious award and I pass on my congratulations to him."

Professor Christopher Jarrold, Head of the University of Bristol’s School of Experimental Psychology, added: "I am delighted that Marcus' many and varied contributions to our discipline has been recognised in this way.

"The British Psychological Society is an organisation with an extremely broad reach and remit, and their President's Award is very prestigious indeed.

"Marcus' wide interests perfectly match the spirit of the award, as they combine excellence in research, a passion to support and develop colleagues around him, and an international reputation for his work on the reproducibility of science that goes well beyond the boundaries of psychology."

The British Psychological Society is the representative body for psychology and psychologists in the UK, and is responsible for the promotion of excellence and ethical practice in the science, education, and practical applications of the discipline.