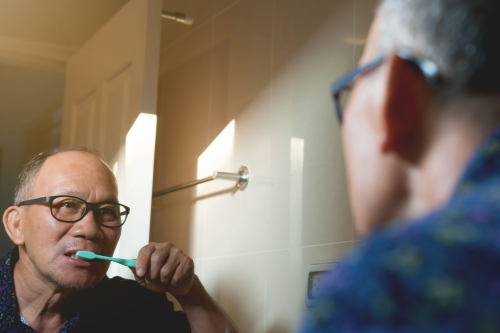 Bacteria called oral streptococci are normally found in people's mouths and in the plaque on teeth. But if these usually harmless bacteria regularly enter the bloodstream in people with a damaged heart valve, for example after tooth brushing, flossing or even after eating hard foodstuffs, this can lead to infective endocarditis.

The bacteria interact with platelets (cells that clump to form blood clots) and stick to the damaged heart valves, forming deposits on the valves, which can stop them working properly. However, exactly how bacteria trigger the formation of heart valve deposits is not well understood. So the British Heart Foundation (BHF) has awarded Dr Angela Nobbs, a researcher specialising in oral bacteria in the Bristol Dental School at the University of Bristol, a £190,000 grant to investigate. This work will be performed together with University of Bristol researcher Alastair Poole, Professor of Pharmacology and Cell Biology in the School of Physiology, Pharmacology and Neuroscience and collaborators Dr Steve Kerrigan (Dublin) and Dr Todd Kitten (USA).

The project will focus on the role of two bacterial proteins. Previous research has shown that the heart valve deposits form when PadA, a protein on the surface of the bacterium, works together with another bacterial protein Hsa, catching and trapping platelets flowing past in the blood. The deposits are made up of a meshwork of bacteria, platelets and fibrin fibres found in blood clots.  Learning more about how PadA and Hsa work together to activate platelets to form clots could lead to new ways of stopping the bacteria triggering heart valve deposits.

To look at what might be happening in the body, the team will create a model of our circulatory system. They will pass blood and bacteria with normal and genetically modified versions of PadA and Hsa over the cell type that lines the surface of our heart valves. In this way, they can study how bacteria interact with these cells to initiate valve deposits. They will perform these experiments in a special machine that mimics the fluctuations of blood flow in the body.

Dr Angela Nobbs, said: "Oral bacteria are a major cause of infective endocarditis. But doctors don’t have the range of options that they would like to prevent and treat this form of heart disease.

"If we can fully understand the mechanisms by which oral bacteria cause these dangerous deposits to form, it would be the first step towards establishing a new way to stop or manage this disease."

Dr Shannon Amoils, Senior Research Adviser at the BHF, said: "This exciting project with its multidisciplinary team of microbiologists and platelet biologists has the potential to identify new targets for preventing infective endocarditis. And by studying the fascinating biology of bacteria, we will also learn more about the blood clotting process, which could lead to advances in anti-clotting therapies.

"Collaborations like this, which bring together scientists from different disciplines, are vital in furthering our knowledge of heart disease.

"It's only because of the continued generosity of the public that we can continue to fund research projects like this."

About the British Heart Foundation
For over 50 years we've pioneered research that’s transformed the lives of people living with heart and circulatory conditions. Our work has been central to the discoveries of vital treatments that are changing the fight against heart disease. But so many people still need our help. From babies born with life-threatening heart problems to the many Mums, Dads and Grandparents who survive a heart attack and endure the daily battles of heart failure. Join our fight for every heartbeat in the UK. Every pound raised, minute of your time and donation to our shops will help make a difference to people's lives.