Bristol partner with Google to deliver next generation video technology 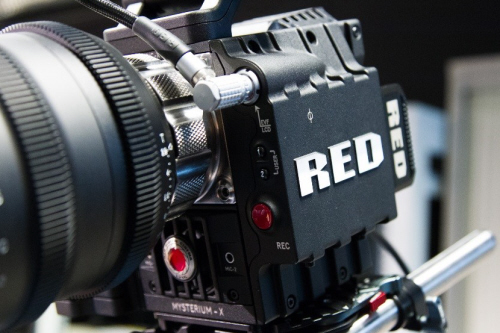 With increased demands for better quality and more immersive and interactive visual services, video has become the primary driver of the internet. A team of researchers from the Bristol Vision Institute (BVI) at the University of Bristol has received funding under Google's Research Awards program to deliver the next generation of video compression technology.

A recent Cisco Visual Networking Index report forecasts that 82 per cent of all global IP traffic will be video by 2020.  Efficient coding of visual information is therefore a key technology in order to deliver high-quality video at the lowest bit rates.

The project aims to develop a new coding framework that will exploit perceptual optimisation alongside machine learning methods to deliver a future generation of compression technology.

Professor David Bull, Director of BVI and the lead researcher for the project, said: "This is a clear recognition of the strength of Bristol’s research in perceptual video analysis and coding that spans both engineering and psychology.

Google's worldwide research program identifies the best research from across the world in all of the areas relevant to its businesses.  Only five UK universities received awards in 2017 - Bristol, Oxford, Cambridge, Edinburgh and UCL - and Bristol was one of only two universities worldwide to receive an award for research in video compression.

About Bristol Vision Institute
The University of Bristol is a world leader in vision research, spanning human and animal vision, artificial vision systems, visual information processing and the creative arts. Bristol Vision Institute (BVI) was formed in 2008 on the basis of strength across disciplines, bringing together some 170 associates from engineering, computer science, biological sciences, psychology, ophthalmology, anatomy, history of art, film & television and medicine. BVI is one of the largest vision groups in Europe, and is unique worldwide in terms of its scope.

Bristol Vision Institute functions as a virtual research institute and has been highly successful in stimulating research interactions and collaborations. The reach of BVI extends across the region, with close ties to the Bristol Eye Hospital, UWE Bristol’s Centre for Moving Image Research, and the Bristol Robotics Laboratory (BRL).