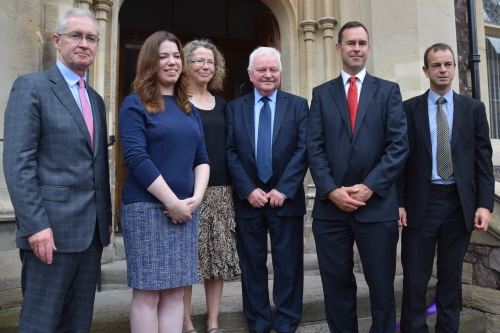 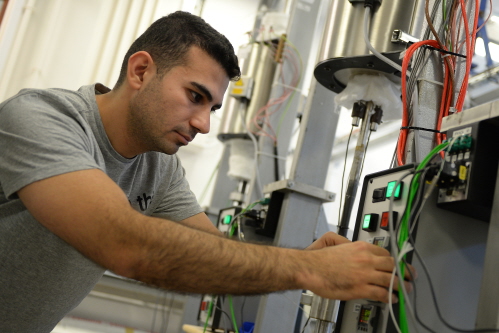 A new Hub for nuclear energy that will become a leading centre in the South West for academic research, education and innovation will be officially opened at the University of Bristol today, Monday 12 September.

Building on the success of the Bristol-Oxford Nuclear Research Centre (NRC), the South West Nuclear Hub will be open to both the UK and international nuclear energy community and offer a research network that supports the safe operation of current and future generation nuclear systems in the UK and around the world.

Professor Tom Scott, co-director of the South West Nuclear Hub at the University of Bristol, said: “Our objective is for the Hub to become an internationally recognised centre for nuclear research and education. It will bring academic and industrial expertise together in an exciting multidisciplinary environment to address some of the major engineering, scientific and societal challenges related to civil nuclear power generation.

“Through a Masters teaching programme, the Hub will deliver the skills required by the next generation of the UK’s nuclear plant operators, regulators and supply chain.

“The Hub’s building has been named after the late Professor David Smith, who was instrumental in establishing the NRC and the Bristol nuclear research community.”

Evolving from the NRC, which was formed in partnership with the University of Oxford in 2011, the Hub project will strengthen nuclear energy related research and teaching in the region and support the delivery of the Government’s strategy on low-carbon, secure energy.  Whilst the Hub has been founded by the NRC, its membership has expanded to include other regional universities and industrial partners, acting as a link for co-ordination and consolidation of activities and investment.

The Hub will build partnerships between academia, industry and government, both nationally and internationally, to develop research and education for the UK’s nuclear future.

It will provide innovative underpinning science, engineering solutions and technologies that have a positive impact on the economy and society by contributing to energy safety and security, particularly in the areas of next generation nuclear technologies as well as decommissioning and waste management.

David Smith, Professor of Engineering Materials at the University of Bristol, died in a walking accident on Friday 13 November 2015.

About the South West Nuclear Hub
The South West Nuclear Hub, a development of the NRC, is at the centre of a powerful research network built on the established base of nuclear expertise present in the South West of the UK. The ambition is to create an environment where fundamental research can be combined with industrial experience and commercial innovation to create technologies and solutions that can be deployed at nuclear facilities and carried through into the global supply chain. It also seeks to work with industry to offer students a highly interdisciplinary experience in nuclear science and engineering, preparing them to make a significant contribution to the use and development of nuclear energy in the UK and around the world.