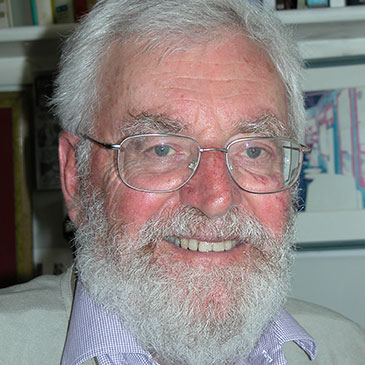 Geoffrey Eglinton FRS, member of the School of Chemistry from 1968 to 1993 and Emeritus Professor and Senior Research Fellow in Earth Sciences at Bristol, sadly passed away on Friday 11 March.

Professor Eglinton won the Royal Medal in 1997 for his contribution to understanding the way biomolecules move from the biosphere to the fossil geosphere. He was awarded the Wollaston Medal in 2004, and jointly received the Dan David Prize in 2008 for his studies of organic chemical fossils.

He also led a Bristol team charged by NASA to examine the first samples of moon dust returned by the Apollo Missions for signs of life, past or present, in 1969.

Professor Guy Orpen, Deputy Vice-Chancellor, celebrated Professor Eglinton’s achievements, saying: ‘He was one of the giants. His influence is still a key strand of our institutional future, and will be for a long time to come.’

An obituary for Professor Eglinton is in preparation and will be published soon.