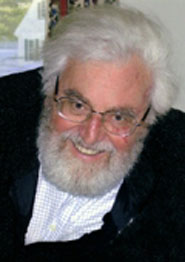 A Bristol University professor has won a prestigious international award worth US$1 million in recognition of his outstanding achievement in the field of organic geochemistry.

A Bristol University professor has won a prestigious international award worth US$1 million in recognition of his outstanding achievement in the field of organic geochemistry.

Emeritus Professor Geoffrey Eglinton FRS of the University’s School of Chemistry and Senior Research Fellow in Earth Sciences, was named as one of the winners of this year’s Dan David Prize, which annually awards three prizes of US$1 million each.  Other 2008 laureates include former Vice-President of the United States, Al Gore and acclaimed playwright, Tom Stoppard.

The laureates, who donate 10 per cent of their prize money towards 20 doctoral and postdoctoral scholarships, will be honoured at a ceremony on 19 May 2008 at Tel Aviv University in the presence of the President of the State of Israel, Mr Shimon Peres.

The prize is awarded in three categories dubbed ‘Past, Present and Future Time Dimensions’.  These are: ‘Creative Rendering of the Past – Literature, Theater, Film’, ‘Social Responsibility with Particular Emphasis on the Environment’ and ‘Geosciences’.

Professor Eglinton was recognised in the Geosciences category for his studies of organic chemical fossils, which reveal the inhabitants and climates of ancient worlds.  He shares the prize with Ellen Moseley-Thompson and Lonnie G. Thompson of Ohio State University for their study of ice cores.

Professor Richard Evershed of the School of Chemistry said: "This award to Geoffrey Eglinton is most deserved in view of his truly ground breaking contributions, which combine the principles of chemistry and geology to reconstruct past environments and climate change.  The award brings great honour not only to Geoff himself but also to the Organic Geochemistry Unit in the School of Chemistry at Bristol, which still carries his work forward.

"His biomolecular approaches spawned a whole generation of scientists applying these techniques to better understand our world in the geological past.  His development of biomolecular measurements to determine ocean temperature was before its time and has become enormously important in the climate change debate."

Professor Mike Benton, Head of the Department of Earth Sciences said: "Geoff Eglinton has made major contributions to our understanding of ancient molecules.  In particular, he was the first to show how certain organic molecules in rocks could act as 'biomarkers', that is, give clear evidence for the existence at times in the distant past of specific plants, fungi or microbes.  He has received many honours over the years, and the Dan David Prize is one of the most striking, and the equivalent of a Nobel Prize.  We are thrilled for him and for the University."