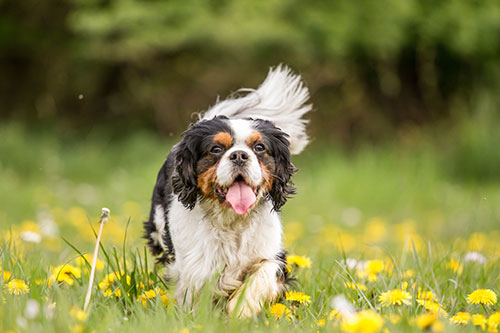 Recent confirmed cases of Babesia canis in dogs that have not travelled abroad, have increased the need for surveillance of tick-borne disease in the UK, according to scientists at the University of Bristol conducting the Big Tick Project in conjunction with MSD Animal Health.

The project, led by Professor Richard Wall of Bristol’s School of Biological Sciences and launched last spring by TV naturalist Chris Packham, has become the largest-ever veterinary study of ticks and tick-borne disease in the UK, if not worldwide.

The study is mapping tick hotspots to identify disease risks.  It is hoped that the results will powerfully highlight the challenge that an increasing distribution and prevalence of ticks brings to human and animal health.

Professor Wall said: “The emergence in four dogs in Essex of babesiosis, a life-threatening disease transmitted to dogs by infected ticks usually found in Europe is of huge significance.

“The fact that we now appear to have established populations of the tick Dermacentor reticulatus acting as vectors of the introduced pathogen Babesia canis is a new and important development and a major concern for animal health.  It clearly demonstrates the potential dangers from the inadvertent introduction of novel disease pathogens if vigilance and surveillance are not maintained.”

A total of 1,461 veterinary practices responded to the request for tick collection last spring and summer by the Bristol team.  Between them they sent in a staggering 6,372 ticks by post to researchers at the School of Biological Sciences’ Veterinary Parasitology and Ecology Unit.

These tick samples are currently being ‘mapped’ by location and analysed for the presence of tick-borne disease such as Lyme disease and Babesia.

The results of the Big Tick Project are due later this year and will be released to coincide with the first national Tick Awareness Month this July.  This initiative is being supported by veterinary practices across the country to raise awareness and improve education aimed at preventing infection amid growing concern over the risk to pets and people from tick-borne disease.

However, the sheer volume of ticks submitted from across the UK to the research team is evidence of the growing awareness among veterinary practices of the importance of ticks as disease vectors in the UK.

Professor Wall said: “When we called for the collection of ticks we were anticipating receiving hundreds of specimens rather than thousands – so we were delighted and somewhat overwhelmed by the response.  The level of participation and scale of the project will mean it has increased significance with potential benefits in understanding the risks to both animal and human health.”

TV presenter, naturalist and dog owner Chris Packham who launched the project said its significance has increased over the course of the past year: “The Big Tick Project is an important study and we are grateful to all the veterinary teams and pet owners whose animals had ticks removed on a visit to the surgery and have taken part in the survey.

“When we launched the study last year, I was struck by the experiences of the people and animals who have suffered the misfortune of contracting Lyme disease which is a horrible infection which can do lasting damage to its victims – both people and animals. The discovery of cases of Babesia canis for the first time in dogs that have not travelled outside the UK is very worrying indeed and underlines the need for greater awareness of the need to protect our pets from ticks.

“Any advance in our knowledge that will help vets and the medical profession support us in protecting our pets and ourselves when enjoying the benefits of the great outdoors has to be welcomed.”

The Big Tick Project was launched in April 2015 by the University of Bristol in conjunction with MSD Animal Health in response to what appears to be a rapidly growing problem in the UK of tick-borne disease with potential for health and economic impacts.  Participating veterinary practices were asked to examine dogs in their practice for ticks each week using a standard grooming protocol and complete a questionnaire relating to the clinical history of each dog.  Tick samples were then sent to the University of Bristol, where they are currently being identified to species, life-cycle stage, sex, mapped by location of origin and examined for the presence of pathogens.  All ticks of the same species found on any one dog have been pooled for analysis.

In January 2012, researchers in Bristol’s School of Biological Sciences published the findings of a survey of pet dogs in Scotland, England and Wales, which showed that, at 0.5 per cent or 481 infected ticks per 100,000 dogs, the prevalence of ticks infected with Lyme disease in the dog population may be much higher than previously thought.  Consequently, it was concluded that the percentage of ticks in the UK infected with Lyme borreliosis and the corresponding risk to humans is also likely to be much higher than previously believed.