Quantum computing is coming – are you prepared for it? 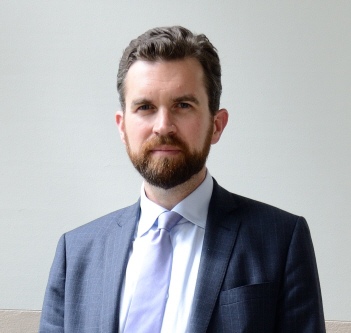 Quantum computing will change lives, society and the economy and a working system is expected to be developed by 2020 according to a leading figure in the world of quantum computing, who will talk tomorrow [21 January 2016] at the World Economic Forum (WEF) in Davos, Switzerland.

Professor O’Brien, Director of the Centre for Quantum Photonics at the University of Bristol and Visiting Fellow at Stanford University, is part of a European Research Council (ERC) Ideas Lab delegation who have been invited to talk at the annual meeting to industrial and political leaders of the world, including Prime Minister David Cameron.  The session will discuss the future of computing and how new fields of computer sciences are paving the way for the next digital revolution.

Quantum computing has the capability to unlock answers to some of humanity’s most pressing questions that are presently unsolvable with current computing technologies.  In 2014, the UK government invested over £270 million in the development of quantum technologies, ensuring that the UK becomes the epicentre of a technology revolution and Professor O’Brien has been leading the development of quantum computing using light in its quantum state – the photon- as the key ingredient.

Professor O’Brien said: “In less than ten years quantum computers will begin to outperform everyday computers, leading to breakthroughs in artificial intelligence, the discovery of new pharmaceuticals and beyond.

“The very fast computing power given by quantum computers has the potential to disrupt traditional businesses and challenge our cyber-security. Businesses need to be ready for a quantum future because it’s coming.”

In his talk, Professor O’Brien will outline the current status of quantum computing and its potential applications and he will reveal his architectural blue-print for a manufacturable photonic quantum computer, showing all the components and a roadmap toward building a practical machine.

As the holder of a prestigious Royal Academy of Engineering Chair in Quantum Engineering and an EPSRC RISE leader, Professor O’Brien has a ten year vision to engineer new quantum technologies that will inevitably disrupt todays ICT models, creating new businesses and valuable new markets.

The World Economic Forum (WEF) Annual Meeting of business and political leaders will take place from 20-23 January 2016 in Davos, Switzerland.

The European Research Council(ERC) will be represented in Davos by its president, Professor Jean-Pierre Bourguignon, alongside a number of starting, advanced and consolidator grantees.

The EU’s blue sky research funding body will also host an ERC Ideas Lab session focusing on the future of computing. The seminar will take place twice during the WEF and include the addresses of four ERC grant winners.

About Professor Jeremy O’Brien
Jeremy O’Brien received his PhD in physics from the University of New South Wales in 2002 for experimental work on correlated and confined electrons in organic conductors, superconductors and semiconductor nanostructures, as well as progress towards the fabrication of a phosphorus in silicon quantum computer. As a research fellow at the University of Queensland (2001-2006), he worked on quantum optics and quantum information science with single photons. CQP's efforts are focused on the fundamental and applied quantum mechanics at the heart of quantum information science and technology, ranging from prototypes for scalable quantum computing and communication to generalised quantum measurements, quantum control, and quantum metrology. Currently he is the CEO of PsiCorp Quantum Computing and Professor of Physics and Electrical Engineering, Stanford and Bristol, where he is the Director of the Centre for Quantum Photonics.

About European Research Council (ERC)
The European Research Council (ERC), set up by the European Union in 2007, is the first European funding organisation for excellent frontier research. Every year, it selects and funds the very best, creative researchers of any nationality and age, to run projects based in Europe. The ERC also strives to attract top researchers from anywhere in the world to come to Europe. To date, the ERC has funded more than 5,000 top researchers at various stages of their careers.

The ERC is part of the EU research and innovation programme, Horizon 2020, for which European Commissioner for Research, Innovation and Science Carlos Moedas is responsible.