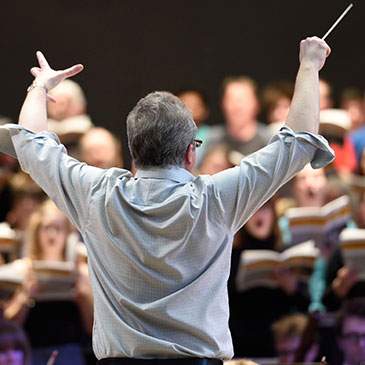 ‘O Magnum Mysterium’ was specially composed for the event, which was held in the Great Hall of the Wills Memorial Building.

It was sung by members of the University Choral Society, a non-auditioned choir run by the Department of Music and comprising students and staff from across the University.

A recording of the performance, which Professor Pickard also conducted, is available on youtube.