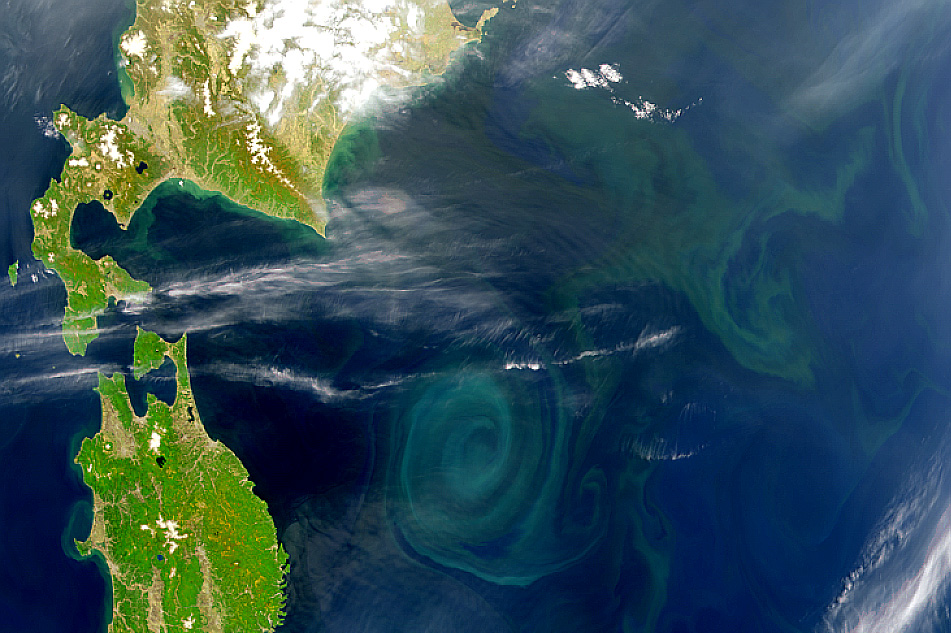 The catalyst that allowed the evolution of complex life in Earth's oceans has been identified by a University of Bristol researcher. Up to 800 million years ago, the Earth’s oceans were deprived of oxygen. It was only when microorganisms called phytoplankton, capable of performing photosynthesis, colonised the oceans – covering two thirds of our planet – that production of oxygen at a massive scale was made possible.

This major oxygenation event, driven by billions of tiny organisms in the ocean, set the stage for a fundamental transformation of our planet – the evolution of complex life as we know it today.

Our oceans became fully oxygenated at around 800 to 600 million years ago, when atmospheric oxygen reached modern concentrations.  Crucially, this allowed for the evolution of animals and the beginning of our modern Earth System. It has long been known that cyanobacteria were the first microorganisms capable of producing oxygen.  They did this through photosynthesis – a process that transforms energy from the sun into sugars and oxygen using carbon dioxide and water.  Scientists have been trying to work out why it took so long for the Earth’s atmosphere to reach modern concentrations of oxygen, when photosynthesis had already evolved by around 2,700 million years ago.

Patricia Sánchez-Baracaldo, Royal Society Research Fellow, from the School of Geographical Sciences at the University of Bristol, used genomic data to trace back the origin of these crucial and transformative marine planktonic cyanobacteria.

Her research, published in Scientific Reports, revealed that various different types of marine planktonic forms evolved relatively late – between 800 to 500 million years ago, arising from freshwater and/or marine benthic ancestors.

Early on, these cyanobacteria dominated only terrestrial and coastal environments, and with relatively low impact on the Earth’s nutrient cycles. It was only when they properly colonised the oceans that the major, planet-altering event occurred.

Dr Sánchez-Baracaldo said: ‘The results of this large-scale phylogenomic study imply that, early on, terrestrial cyanobacteria capable of building microbial mats dominated the ecology of the Early Earth’

‘Rather surprisingly, marine planktonic cyanobacteria are relatively young, only evolving just prior to the origin of complex life – animals. By producing oxygen in vast quantities, these cyanobacteria enabled the development of complex life in our oceans. These biological events are linked - they help explain why it took so long for complex life to evolve on our planet.  Cyanobacteria needed to colonise the oceans first’,

‘This study shows that several factors contributed to the delay of the oxygenation of the Earth’s oceans. Firstly, cyanobacteria evolved in freshwater habitats and not in marine habitats as previously thought, and, second, marine productivity had a huge boost when cyanobacteria were finally able to colonise marine habitats; this allowed for the production of oxygen and carbon burial at unprecedented levels.’

‘The genomic revolution has hugely improved our understanding of the tree of life of cyanobacteria. Without cyanobacteria, complex life on our planet as we know it simply would not have happened.’ said Dr Sánchez-Baracaldo.

‘Origin of marine planktonic cyanobacteria’ by Patricia Sánchez-Baracaldo in Scientific Reports. A copy of the paper is available to view at the following link: www.nature.com/articles/srep17418