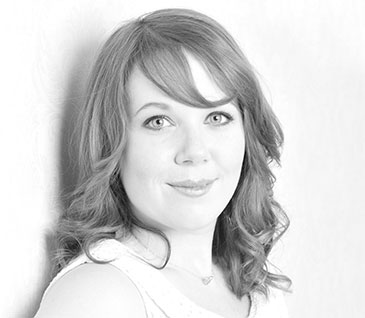 Jenna Todd Jones, a PhD student in Bristol’s School of Experimental Psychology, is participating in the project as a science advisor

A classic British film about teenagers who can read and control minds is the inspiration for ‘The Midwich Experiment’, an immersive theatre experience designed to teach secondary school students about the brain and cognitive enhancement, funded by a £30,000 Wellcome Trust People Award.

The project has been devised by the BFI (British Film Institute) as part of its two month programme Sci-Fi: Days of Fear and Wonder, along with theatre education organisation Cinelive and neuroscientists from across the UK including a University of Bristol student.  The project is inspired by the 1961 film The Village of the Damned, itself based on John Wyndham’s novel The Midwich Cuckoos, and tells the story of a village invaded by prodigious children who are able to read and control minds.

A series of events taking place in selected rural locations around England and Wales will immerse Key Stage 3 students in the world of the film, enabling them to explore cognitive enhancement, neuro-imaging and the ethics of brain science by stepping inside the world of this British Sci-Fi classic, built and populated by student performers.

Jenna Todd Jones, a PhD student in Bristol’s School of Experimental Psychology, is participating in the project as a science advisor, and will also contribute to the events as an ‘expert’ scientist ready to lead the participating students to a deeper exploration of the field of neuroscience.

She said: “I have always been passionate about public outreach and have enjoyed engaging school students with the topic of cognitive enhancement and smart drugs – I am very excited to be a part of this innovative project.

“Each event is totally immersive; the students will become part of the film and will have to be more than just observers.  They will participate in scientific experiments and be encouraged to investigate their own questions about the nature of the brain, psychology, and cognitive enhancement.

“I think the project is very different from anything I have done or seen before.  The students will be engaged with every aspect of the events from film-making, to acting, to the scientific method.”

Dates and venues for The Midwich Experiment:

The BFI is the lead body for film in the UK with the ambition to create a flourishing film environment in which innovation, opportunity and creativity can thrive by:

Sci-Fi: Days of Fear and Wonder will be the BFI’s biggest season to date, with over 1000 screenings of classic films and television programmes at over 200 locations across the UK.  It includes a three-month programme at BFI Southbank, from 20 October until 31 December 2014, with special events, guests and screenings right across the UK. With outdoor events at iconic British sites, classic Sci-Fi titles released into UK cinemas and on DVD and Blu-ray, 50+ films available online through BFI Player, a BFI Sci-Fi Compendium and much more, Sci-Fi: Days of Fear and Wonder, presented together with 02, will celebrate cinema’s most spectacular and visionary genre, exploring how the fear and wonder at its heart continues to inspire and enthral in one of the largest and most ambitious Sci-Fi projects ever created.