Verifying the future of quantum computing 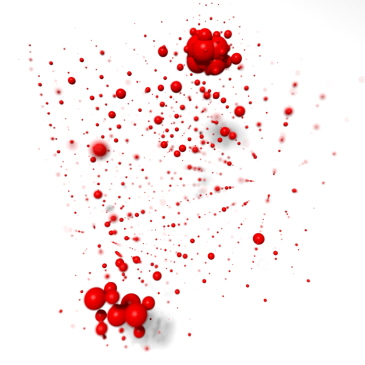 The ‘clouding' effect observed by researchers, showing the tendency for photons, when injected into arrays of coupled waveguides, to group together 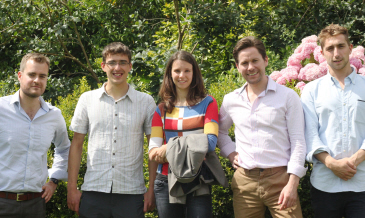 Physicists are one step closer to proving the reliability of a quantum computer – a machine which promises to revolutionise the way we trade over the internet and provide new tools to perform powerful simulations.

By harnessing the strange laws of quantum mechanics, future quantum computers offer the hope of quickly solving problems that would take even the best supercomputers the lifetime of the universe to solve.

Although a fully-fledged commercial quantum computer is a long-term endeavour, researchers have been testing a more basic quantum device – called a ‘Boson Sampler’ - which focuses on carrying out one fixed task using the behaviour of particles of light, called photons.

An important question that researchers and engineers are trying to answer is whether large systems of quantum particles behave as predicted by quantum mechanics.

Because conventional – or classical - computers cannot simulate large versions of these quantum devices, it is not clear how to verify that they are truly performing complex tasks, or if nature takes a shortcut and sidesteps quantum mechanics.

Researchers at the University of Bristol have devised and demonstrated new techniques to address this problem, which are published in Nature Photonics today [30 July], alongside similar research from their counterparts at Sapienza University of Rome.

They have shown how to measure certain properties of Boson Samplers to provide experimental evidence to support the correct operation. The experiments were carried out using the most advanced techniques of integrated photonics.

The Bristol team used two different types of integrated optical circuit in different silicon based materials, injecting up to five photons.  This number of photons produces a very large quantum mechanical space, with more than 50,000 dimensions.

Jacques Carolan, from the School of Physics at the University of Bristol, who performed the experiments with other members of the Bristol team, said: “With only three or four more photons, our experiments would be so complex that we would have trouble checking them with our laptops. So the techniques we developed here should find practical applications very soon.”

The Bristol team used observations made from photonic quantum walks, where photons tend to form clouds, to check that the Boson Sampler was working correctly.

Dr Anthony Laing, who led the research from Bristol University’s Centre for Quantum Photonics, added: “The idea we had was to use a photonic circuit that has features we can predict, before we re-tune the circuit to implement Boson Sampling.  The quantum walk circuit was a nice choice, but there are other possibilities too.”

The research in Rome used a glass chip with a complex network of paths that was written with an ultrafast laser by The Istituto di Fotonica e Nanotecnologie (CNR-IFN) in Milan. They performed their verification tests by injecting three photons into devices of increasing size. The complexity of the developed quantum simulators increases with the number of paths and the proper quantum functioning has been verified for all of them.

Professor Fabio Sciarrino, who led the Rome research, said: “A great deal of research is today devoted to the achievement of quantum supremacy - the regime in which the computational capabilities obtained through quantum technologies, at least for a specific task, are superior to that of conventional devices. Our experimental results pave the way towards the certification of the proper behaviour of complex quantum systems.”

The researchers hope that the broader methods behind the experiments will be applicable to other types of quantum devices, when classical or conventional verification techniques are not possible.