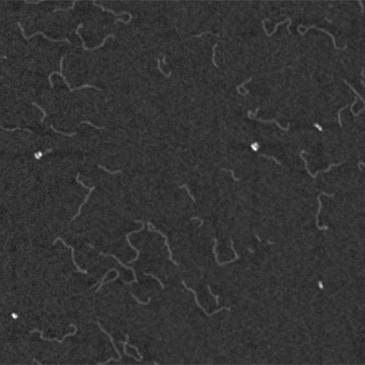 Two University of Bristol projects have received a total of £162,400 funding from the Natural Environment Research Council (NERC) as part of a £4.6 million investment in 24 projects that will let the UK research community take advantage of existing environmental data for science and impact.

The Big Data Capital Call is one of several actions taken by NERC to help the scientific community improve understanding of environmental data, and decision makers to make better use of the existing science.

Dr Matthew Rigby from the Atmospheric Chemistry Research Group (ACRG) has been awarded £83,000 for advanced computing architecture to support the estimation and reporting of UK greenhouse gas emissions.

Dr Rigby said: "Here in the ACRG, we are part of global and national networks that measure greenhouse gases.  We can infer emissions from these observations using computer models of the atmosphere and statistical methods.  However, these techniques can be very computationally demanding, so the NERC Big Data Capital Award will improve our ability to quantify UK and global greenhouse gas emissions at higher resolution than has been possible before."

This award will support ongoing activities in the ACRG, including the analysis of data from the Global And Uk Greenhouse gas Emissions consortium, GAUGE and the Advanced Global Atmospheric Gases Experiment, AGAGE.  The award is in collaboration with the University of Edinburgh.

A team from the Interface Analysis Centre in the School of Physics including Dr Tom Scott, Dr Loren Picco and Dr Oliver Payton, has been awarded £79,400 to facilitate the formation of an embryonic facility for High-Speed Atomic Force Microscopy (HSAFM).

Over the past few years the School of Physics has developed an instrument with the ability to image macro-sized surfaces with sub-nanometre resolution in a matter of hours.  This technology is unique to the University of Bristol and the NERC funding will further the capability of the HSAFM nanoimaging device to produce images terra-pixels in size.  Multiple physical property measurements can be made simultaneously allowing environmental structures to be analysed with greater detail than ever before.

Dr Scott said: "The nanoimaging facility will now be opened up to researchers from across the NERC remit and we hope to facilitate numerous world-leading breakthroughs by providing a completely new way of looking at reactions and structures occurring on inorganic and biomineral surfaces, including nanoparticles.  We are delighted to have received this funding, which will grow a whole new area of research for Bristol and NERC researchers elsewhere in the UK."

The funding was announced today by Minister for Universities and Science, David Willetts.  He said: "Making the most of large and complex data is a huge priority for government as it has the potential to transform public and private sector organisations, drive research and development, increase productivity and innovation, and enable market-changing products and services."