Enzyme identified which could lead to targeted treatment for PMS 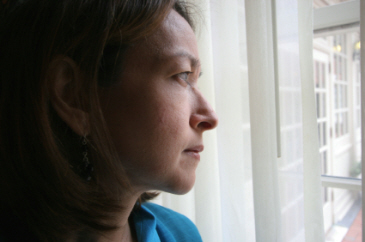 Low doses of fluoxetine – better known as the anti-depressant Prozac – could hold the key to preventing PMS symptoms, an international team of researchers has found.

Up to 80 per cent of women are thought to suffer from premenstrual syndrome (PMS), which can be a debilitating condition with symptoms such as anxiety, irritability, fatigue, sleep deprivation and increased sensitivity to pain.

PMS appears to be triggered by the fall in secretion of the ovarian sex steroid hormone progesterone that occurs towards the end of the menstrual cycle and leads to a decline in its breakdown product allopregnanolone, which acts in the brain as a potent sedative and tranquilising agent.

In other words, women with PMS are undergoing a type of drug withdrawal response from an in-built, tranquilising steroid chemical in their brains.

Scientists from the University of Bristol, UCL and the University of Sao Paolo-Ribeirão Preto in Brazil have shown in rats that the anti-depressant can inhibit a specific enzyme in the brain and could be used to alleviate symptoms of progesterone withdrawal such as PMS and possibly also postnatal depression.

The new research shows that antidepressants such as fluoxetine inhibit the enzyme, which deactivates allopregnanolone, therefore maintaining the chemical balance of this in-built tranquiliser in the brain.

Importantly, the researchers were able to demonstrate this effect on the same enzyme found in the human brain.

Dr Lovick, from the School of Physiology and Pharmacology at the University of Bristol, said: “The work is important because it introduces the possibility for targeted, intermittent therapy for PMS in women, with minimal side effects.”

Human trials are expected to get underway soon in Brazil.In addition, with an identified target, there is also the possibility of developing new drugs with a more specific mode of action than the antidepressants for the treatment of PMS.

A paper published in the journal European Neuropsychopharmacology, coupled with the team’s recent findings published in the British Journal of Pharmacology, show that short-term treatment with a low dose of fluoxetine immediately prior to the rat’s premenstrual period not only raised brain allopregnanolone and prevented the development of PMS-like symptoms but also blocked the increase in excitability of brain circuits involved in mediating the stress and fear responses that normally occur during this phase of the cycle.

Surprisingly, in the case of rats, the effective dose of fluoxetine was well below that needed to produce antidepressant effects. The effects of the drug were seen within hours of administration, unlike the two to three weeks of treatment normally needed when fluoxetine is used to treat depression.

About the Medical Research Council