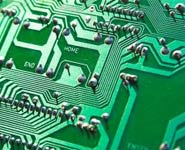 Behind some of the smoothest systems that resolve some of the most complex problems lays a whole world of physics. Tapping into that world are a group of scientists whose work goes largely unseen yet has enormous potential for improving life on an international scale.

Talk of the Large Hadron Collider (LHC), the world’s single biggest scientific instrument, has mostly focused on the search for the mysterious Higgs Boson, the as yet undetected particle that scientists hope will reveal the secrets of the physical make-up of the universe.

The wealth of physics the data hold is also being analysed by researchers from across the globe, from Argentina to Uzbekistan, using an international “Grid” of computers. Just like the National Grid, that provides us all with electricity, behind the Worldwide LHC Computing Grid (LCG) sits a complex web of infrastructure, connecting together computer centres, and allowing petabytes worth of data to be stored and processed transparently. Physicists at the University of Bristol have nick-named the system they developed as part of the LCG, PHedEx, a play on the name of the express courier service, denoting how the system allows data to be moved around the world at high speed, reliably in a completely transparent way.

Now particle physicists from Bristol have secured funding to take that technology and apply it to problems faced in the developing world. The ultimate aim is to create a web portal that would allow engineers working in the developing world to have access to complicated landslide risk calculations at the click of a button to provide vital input to infrastructure work.

The project also involves a team from the University’s School of Geographical Sciences, who have already made huge international progress in the modelling of landslides.  A proof of principle portal has already proved beneficial and is helping to ensure that roads in the Caribbean are built with a view to militating against potential hazards. The next stage is to allow more sophisticated calculations, based on analysis of the probabilities and risks presented by, for instance, rainfall and soil composition, to be performed and visualised.

Professor Nick Brook from Bristol university’s Particle Physics Group (PPG) compared the portal to the world wide web – just as that was developed to allow collaborations between physicists from across the world, the new portal could act as a global communications tool for industry and the developing world: “When people think of the LHC they think of an esoteric search for a particle [the Higgs Boson] that has never been seen before.  We’ve taken these technologies that have been developed to explore the unknown and tried to give them a real life, every day application.”

Once the project is established it could be expanded to other areas in Geographical Sciences and could have significant commercial potential. A prime example relates to the large and increasing economic significance of flooding in the UK. The modelling of floodplain inundation as a risk assessment tool for the Environment Agency, insurance companies or other planning agencies would be an ideal direction for further development. In this sense, the PIPPS project proposed here is a pathfinder for the exploitation of STFC Grid technology across a wide range of economically relevant areas in the UK and beyond.

The work is supported by a grant from the Science and Technology Facilities Council (STFC), and the technology will ultimately be marketed by the university’s spin out company, Bristol Innovation Software Sales Ltd.