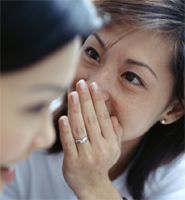 Languages were made optional for pupils over 14 in 2002, since when the proportion of pupils taking a GCSE in a modern language has fallen sharply from 80% to 50%, with 40 secondary schools not offering a single pupil for GCSE in a language subject last year. This year's GCSE results reflect that decline, with the number of candidates studying French down 13.2% on last year and the number studying German down 14.2%.

There has been a significant rise in the number of students applying to take Russian and Czech – up 29% on last year. This popularity in languages other than the traditional subjects of French, German, Italian and Spanish is mirrored in the University’s Language Centre, where there has been a marked increase in recent years in the number of students studying Japanese, particularly engineers, who account for 50% of students. There has also been a rapid growth in students taking Mandarin Chinese since it was introduced three years ago, leading to the introduction of a new course – Chinese for medics – last year.

The Language Centre also offers night classes in modern languages as part of the University’s programme for lifelong learning. Since 2004, the number of people taking one of over 125 classes a week has more than doubled from 1,500 to 3,600 people in 2006-07. To register for a class or to find out more, click here.

Speaking a foreign language can also have major benefits for business. A recent report by CILT, the National Centre for Languages, entitled Effects on the European Economy of Shortages of Foreign Language Skills in Enterprise shows that a significant amount of British business is being lost to European enterprise as a result of lack of language skills and that there is a clear link between languages and export success.

On the basis of the sample, it is estimated that 11% of exporting European SMEs (945,000 companies) lost a contract as a result of lack of language skills. Of these, 37 lost contracts worth between €8m and €13.5m. Across the sample as a whole, the average loss per business was €325,000 over three years.