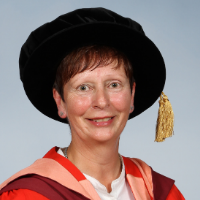 Gillian Guy is Chief Executive of Citizens Advice, the largest voluntary advice sector organisation in England and Wales. Citizens Advice provides advice and support through its network of almost 300 local organisations on issues such as welfare benefits, debt, employment and housing . The national organisation also delivers the Consumer Service and a witness support service , and runs a website consulted by millions each year. And perhaps most critically, Citizens Advice translates the day-to-day problems of those who seek their help and support into social policy and campaigning work – but more of that later.  First, to introduce Gillian herself.

Gillian grew up in Ealing, West London. She was from a working-class background and the first in her family to go to university. Gillian was always interested in analysing problems and seeking solutions, so she decided to study law, influenced by her father's passion for social justice and his work representing people in industrial tribunals. "He instilled in me a sense of justice," she said in an interview with the Third Sector magazine. "He also encouraged me to have a career and packed me off to university."

Gillian did her law degree here at the University of Bristol, a move that began a love affair with Bristol as a city. She went away to Guildford to study for her legal practice course, but came back to Bristol to sit her Finals. After a spell of working in private practice she realised that what she really wanted was a job that was more connected with people, not just legal practice. So, she moved into local government, starting as an assistant solicitor at Brent Borough Council in London, moving up the local government hierarchy and eventually going back to where she grew up, as Chief Executive of Ealing Borough Council.

After 11 years there, Gillian moved into the voluntary sector. She maintained her legal connections, becoming Chief Executive of Victim Support, a charity that provides free and independent support to victims of crime. Six months into her post, she entirely remodelled the organisation in order to secure its future, and better services, merging 77 local charities into one national organisation. After four-and-a-half years at Victim Support, in 2010 Gillian moved on to become the Chief Executive of Citizens Advice.

Advice agencies in the UK provide a dynamic and increasingly important transition point where the rights, responsibilities and grievances of individuals are brought into dialogue with institutions of government. They perform multiple, complex roles. Through their casework they can open doors for people to pursue their own rights and responsibilities. This casework also allows agencies to see through into the lives of ‘ordinary people’ and forms the basis for their interventions in social policy. Through re-presenting the personal issues of multiple clients as matters of public concern, they can show to legislators, policy makers and business the ways in which the policies and practices of powerful institutions create injustices for citizens; and they can make visible the ways in which mechanisms, meant to enable access to justice, frequently fail.

Gillian has been clear that the size and resources of Citizens Advice grant them a particularly important position and responsibility to influence social policy, turning data from millions of clients into evidence for the need for systemic change. Through the evidence provided by local offices throughout the country, Citizens Advice could see the misery caused by payday loan companies.  Gillian led the subsequent campaign which resulted in the Financial Conduct Authority introducing tough new rules on payday lenders. Since then the number of people seeking their help with payday loans has halved. Also under Gillian’s leadership, Citizens Advice has secured changes to debt collection practices, including the use of bailiffs; the return to consumers of £287m windfall profits from the energy network companies; £160m of government funding to protect rural post offices; and a significant further injection of £1.5billion and changes to support and policy in Universal Credit.

The work of Citizens Advice often has an impact on students – for example, their ‘Settled and safe’ campaign for better protections for private renters helped secure a ban on letting agent fees for tenants, and informed government measures to tackle rogue landlords and improve protections and redress for renters.

Cuts to local government funding and the impact of these cuts on the provision of vital services to those most at risk have increased social divisions, making the work of Citizens Advice even more important. Citizens Advice is able to provide free face-to-face services from local offices largely owing to thousands of volunteers. However, whilst our research points to the central importance of the volunteer contribution, it also suggests that public funding is vital to maintain highly professional advice services.

Deputy Vice-Chancellor, I present to you Gillian Lesley Guy as eminently worthy of the degree of Doctor of Laws honoris causa.