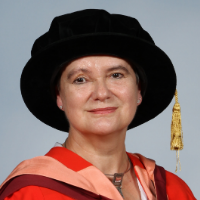 Around this time every year in the ancient venues of Trento in Northern Italy, a Festival of Economics takes place. It might sound like a contradiction in terms but over a few days economics seems to take over the town as academics, policy economists, journalists and other commentators come together with thousands from the public to discuss economic issues relevant to their lives. Diane Coyle attended this Festival in summer 2012 and her contribution to Bristol’s intellectual life began with a tweet from Trento asking why no such civic event took place in the UK.

It turned out that Bristol was already hosting a thriving Festival of Ideas and its convenor, Andrew Kelly, replied to Diane’s tweet offering Bristol as a venue for such an event. And so, it was on Twitter that the UK’s sole Festival of Economics came into being – a fitting start from someone who has contributed so much thinking towards the challenges posed by digital technologies for our understanding of the economy and for its regulation. But more on that later.

The Festival of Economics is now an annual Bristol event where, in Diane’s own words, economists and policy makers regularly meet not only each other, but also normal people. Diane’s unique standing in the profession means she is able to bring together Nobel laureates, chief economists from the Bank of England and the Organisation for Economic Cooperation and Development, academics, politicians, journalists and upwards of 4000 people each year from all walks of life and all ages, from schoolchildren to pensioners, to discuss themes such as “whether robots will take our jobs”, or whether a new economic crisis is emerging or the prospects for the NHS. Broadening the appeal of economics to more diverse audiences is a familiar theme in Diane’s work. Economics, she wrote in a recent article for the Forum Network, is too important to be left only to economists.

She is, of course, an economist herself. Born in Bury, she studied Philosophy, Politics and Economics at Brasenose College in Oxford and completed her PhD in economics at Harvard in 1985. She has been the economics correspondent for the Independent and was the Vice Chair of the BBC. She has worked for the Competition Commission and the Migration Advisory Committee. She is a member of the Natural Capital Committee, an expert adviser to the National Infrastructure Commission, a Fellow of the Academy of Social Sciences and a member of the Council of Economic Advisers. In 2018 she was awarded a CBE for her contribution to the public understanding of economics.

Alongside all of this, she has found time to author many articles and books. In the 1990s she became interested in what became known as the “weightless economy” in which digitalisation meant that production and consumption increasingly entailed intangible things exchanged in non-physical spaces which were more and more difficult to measure and value. Some time before the recent concern with the regulation of entities like Facebook and Google, Diane had already begun to write about how traditional competition policy fails to respond to the challenge of digital firms and how even trusted measures of economic activity like GDP could be misleading in the weightless world.

But Diane’s contribution to the lives of many students in this University and across the globe has been anything but weightless. After the financial crash of 2008, the status of economics as a way of understanding the world was increasingly questioned, not least by the Queen of England who wondered why economists had let it happen.

Diane brought together educators and policy-makers to reconsider how the economics curriculum could be more faithful to the very big questions that mattered to modern populations: crisis, inequality, the impact of innovation and climate change. Her book, What’s the Use of Economics?, sketched out a significant transformation of the teaching of undergraduate economics which would culminate in a new economics curriculum called CORE to which Diane made a significant contribution and of which Bristol was an early adopter. It is now used at over 200 universities worldwide and is introducing a new generation of students to an economics in which the world really matters.

Diane was an early millennial, one of the first tweeters and a prolific blogger through her “Enlightenment Economics” website. She presents a fitting illustration for all social science graduates of their potential to contribute positively to civic life by taking the best intellectual ideas from the academy and engaging the public with their importance.

In Diane’s own words: “It’s about communication… what I want to do is stop people being frightened of the stuff. I’m a dissenter. I want people to get angry. Debate and politics – people must get involved. That’s what it’s all about.”

Vice-Chancellor, I present to you Diane Coyle as eminently worthy of the degree of Doctor of Laws honoris causa.