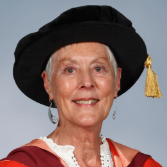 “the prevailing manners of an age depend more than we are aware, or are willing to allow, on the conduct of the women; this is one of the principle hinges on which the great machine of human society turns”

Bristol has been home to many pioneering women who, over the last three centuries, have fought to achieve equality for women; and social, educational and health reforms for all. Valerie Jeal, Val to those who know and have worked with her, is another great woman sprung from this tradition.

Val was born in Northumberland but came to Bristol to train to work as a secretary.  She settled here and held secretarial posts with a variety of leading businesses in Bristol. In 1968 she joined the Department of Pathology at the University of Bristol. She was clearly very good at her job as evidenced in a fulsome acknowledgement of her organisational and secretarial skills by the editors of a book on Oxygen Transport to Tissue published in 1977.  Val’s association with books continued as she moved to a post in the University of Bristol Library. She resigned in 1991 because, at the age of 50, when many might be thinking of winding down towards retirement, Val sought a different kind of work in which she could make an immediate and lasting difference to the lives of those in our society who were, and are still, not well served by our welfare state.

Thus it was that in 1991 Val founded the Salvation Army’s Candle Project for the street homeless and by her own account ‘spent 2 years walking the streets of St. Paul’s in Bristol each morning, getting to know the local residents, the shop keepers, the homeless people, the heavy drinkers and the heroin addicts.’ By so doing she was able to determine what services were most needed by the street homeless and then work out how the Candle Project could provide these. After five years the project was seeing 60 to 100 people a day, mainly men, who would come in to have their basic needs for food, human companionship, and access to laundry and washing facilities met. In 2002 Val was awarded the MBE for services to homeless people in Bristol, but before that, physically and mentally burnt out by seeing so many still dying on the street, and frustrated that the service was not being used by the women selling sex on the streets, who wanted nothing to do with her, Val took a sabbatical and went to Chicago. She went to visit a project which supported women sex workers. She was initially mistaken for the new project manager, but Pauline, one of those attending the project, quickly recognised Val’s own need for care and support and took it upon herself, with the help of others, to give this visitor from the UK a very personalised tour of Chicago. In doing so Pauline restored Val’s vitality and showed Val what it might be possible to achieve in Bristol.

Back in Bristol in 1995, restored after her time in Chicago, Val, equipped only with a questionnaire, chocolate and cigarettes went out to ask the women she sought to help, what they wanted. The answer came back loud and clear. What was required was a woman-only space where the women could take a break, and feel safe, so Val set about finding one. She asked for help, using all her networks, and The Movement for Faith and Justice Today who owned 125 Cheltenham Road, made a room available to her and a like-minded group of women who also wanted to help.  And thus, it was, with two nuns, and practical assistance from the recently retired sexual health consultant Dorothy Milne, that the charity One25 was born.

At that stage there was no office and no money. It was Val’s husband Cliff who paid for the 1,000 condoms a month that were delivered to their family home by a member of the postal service whom we must imagine had strong biceps and a perplexed look. In 1996, again after requests for help from Val, a van was donated to allow evening outreach on the streets; this was a yellow Ford Transit van known affectionately by the women as “The Custard Tart”. This outreach service greatly increased the number of women with whom it was possible to have effective contact and it remains a key part of the of the charity’s ongoing work. In 1997 the charity moved to its present site on the Grosvenor Road where it can provide all the services that the more than 200 women a year, that attend, need.  Its mission remains consistent with Val’s initial vision of, ‘A community where all women are valued and able to live fulfilled lives,’ and to be fully supported if they want to build a life which doesn’t involve selling sex. In the last year, of the 172 who were supported by intensive casework provided by One25, 37 women made that choice, and 86 women gained confidence and self-worth enough to believe change is possible for them. And among a list of other impressive statistics is the fact that 139 were in stable accommodation.

Val has retired from her work at One25 but continues to volunteer at a foodbank and at a mother and toddler group in St Paul’s attended by Somali women who have needs that Val is helping to meet.

For those here today who wish to make a difference to the lives of others, the example from Val is that you can do it, even if you start with no resource other than your own determination.  Her example also teaches that it’s important to be alongside those you wish to help, and to ask, listen and provide the help that they want.

Val is a modest, gentle person who says that ‘It has been an enormous privilege …. to work in the inner city with marginalized people….they have given far more to me than I could ever have given to them.’  We are nevertheless in awe of her achievements in setting up not one, but two pioneering projects in Bristol to help the most marginalised in our city.

Pro Vice-Chancellor, I present to you, Valerie Jeal, MBE, as eminently worthy of the degree of Doctor of Laws honoris causa.