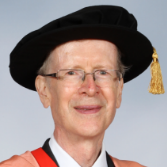 It does not require degree-level mathematical ability to verify that 32+42=52; that is, that 9+16=25. Less obviously, it can be shown that there are infinitely many triples of whole numbers such that the sum of the squares of two is equal to the square of the third. Such triples, called Pythagorean, have been the focus of interest for millennia: a Babylonian tablet which dates to around 1800BC contains a list of examples; and Euclid, in around 300BC, established a formula for them.

One might suppose that in the same way it should be possible to find triples of whole numbers for which the sum of the cubes of two is equal to the cube of the third, or the sum of the fourth powers of two is equal to the fourth power of the third, et cetera, but in 1637 the French lawyer and mathematician Pierre de Fermat wrote in the margin of his copy of Diophantus’ Arithmetica that no such triples exist for any power higher than two. Indeed, he famously claimed he had, and I quote in translation, a “truly marvellous demonstration of this proposition, which this margin is too narrow to contain”. His assertion was discovered after his death and it came to be known as Fermat’s Last Theorem.

Fermat’s claim became arguably the most famous unsolved problem in mathematics, a focus of research for over 350 years. Many great mathematicians tried and failed to resolve it. It inspired countless schoolchildren who dreamed of finding a proof; until finally one succeeded: our honorary graduate today, Professor Sir Andrew Wiles.

Andrew himself first encountered Fermat’s Last Theorem at school and was captivated by it. He went on to study mathematics as an undergraduate in Oxford, and then as a PhD student in Cambridge.

After his PhD, he moved to Harvard, and then eventually to a Chair in Princeton, rapidly becoming one of the world’s leading experts on elliptic curves, mathematical objects that connect arithmetic and geometry. He had not forgotten about Fermat’s Last Theorem, but it seemed out of reach: there had been little progress for a hundred years and it was not even clear what kinds of ideas would be required to prove it.

Then, in 1985, the German mathematician Gerhard Frey made a remarkable observation: if one of the most important problems in the theory of elliptic curves could be solved, that would in turn imply the truth of Fermat’s claim. The problem in question was called the modularity conjecture. It asserted that each elliptic curve could be related to another, highly symmetric, mathematical object called a modular form. The only issue was that no one had any idea how to prove the modularity conjecture; it wasn’t obviously any easier than Fermat’s Last Theorem itself.

When Andrew learned of this connection he made the courageous decision to focus his research exclusively on proving the modularity conjecture. This was brave and audacious, because everyone else in the World thought it too difficult to attack, and he had no idea where to start. He resolved to give himself time to think without distraction by carrying out his research in secret. He worked for seven years, in isolation, sharing his progress only with his wife, Nada, whom we are also pleased to welcome here today. The sole diversion he allowed himself was the young family they raised together during this time.

These were seven years of intensely hard and concentrated work, with many obstacles on the way. But eventually the light dawned and Andrew announced that he had a proof. This made international news in the media. I remember well the profound shock and excitement I myself felt on first hearing of it.

Then, having gone up many long ladders, it was down a hidden snake: a subtle gap was found in his proof. Most of us would have retreated at this stage, but Andrew picked up his pen once more and resumed his calculations. In the glare of the international mathematical spotlight, it is hard to imagine the pressure he must have felt, but after a further year of heroic labour, and with some help from a former PhD student, he eventually circumvented the problem and completed his proof of the modularity conjecture, and hence of Fermat’s Last Theorem.

This proof stands as one of the greatest intellectual achievements of our time. It has had an enormous impact on mathematics, opening up many major new avenues of research.

In addition to his brilliant mathematical achievements, Andrew has contributed in many other important ways to the academic community. He has taught outstanding students, several of whom are now themselves amongst the world’s leading mathematicians, and he has continued to motivate and inspire others to aim for the stars: only last month he helped organise a conference here in Bristol on another great mathematical challenge, the Riemann Hypothesis. He was knighted in 2000 for his services to science, has been awarded a host of the most prestigious international prizes, and is now the Regius Professor of Mathematics in Oxford.

Andrew’s story exemplifies the academic values we all aspire to: intellectual courage and ambition, passion, intense hard work, relentless determination, and a focus on the most profound ideas and problems.  His quest truly deserves to be called heroic, it is a testament to the human spirit.  In honouring him today, we celebrate his achievements and those values.

Pro Vice-Chancellor, I present to you Andrew Wiles as eminently worthy of the degree of Doctor of Science honoris causa.