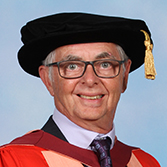 Eric Sheppard was born in East Anglia.  His English father had recently returned from North America where he had fallen in love with a young Canadian scientist.  Eric’s childhood was spent exploring the English countryside, influenced by family friend and geomorphologist Alfred Steers.  Not surprisingly, geography was what interested Eric at school.  However when he arrived in Bristol for his undergraduate degree in 1969 it was to study physical geography.  No way was Eric Sheppard going to be a human geographer.  Or so he thought.

The early 1970s was an exciting time to be a Bristol human geographer.  It’s hard to imagine now but computer simulations were then brand new.  In addition to completing his degree, Eric spent a summer helping run the spatial diffusion models at the cutting edge of the discipline.  Each day he would bike to the university, pick up the previous day’s results, correct the errors, submit the model again, and bike home to watch the cricket.  He would then do exactly the same thing all over again the following day.   Today these models would run in seconds.

After leaving Bristol, Eric completed post-graduate degrees at the University of Toronto, then went to the University of Minnesota where he worked for the next thirty six years. There he met Austrian geographer Helga Leitner - now his wife and with us today  - herself an internationally renowned scholar. When they first talked they discovered their paths had crossed twice before.  The same summer Eric was biking to and from the Bristol geography department, Helga was working as an au pair in Clifton.  Later they had taken the same train on an overland journey to Istanbul.  But they had never previously met; this really was a case of ‘third time lucky’.

Eric Sheppard is now internationally recognised for his research on geographical political economy, globalisation, urban studies and environmental justice.  His is an illustrious career, marked by 12 books and over 200 other publications.  He has held prestigious visiting positions, and served on the editorial boards of leading geography journals.  Most recently, he completed a term as President of the American Association of Geographers.

These accomplishments are not the only reason we are giving Eric Sheppard an honorary degree.  Eric is an inspirational mentor who has supervised some 50 graduate students, and served on the committees of 200 others.  Throughout his career he has worked tirelessly on behalf of equality and diversity within the academy.  His former students include international students from around the world, as well as one of the first African-American women geographers.  His care for his international, minority and female students is legendary.  Eric is also a passionate advocate of internationalisation.  His students have conducted research in the Americas, Asia and Africa, and are now staff members in an equally diverse range of countries. These commitments shaped his approach to the role of President of the American Association of Geographers.  He actively used this position to make the AAG more diverse and more international in the name of a genuinely global engagement.

I have told you how Eric became a geographer.  To understand why he is committed to global social justice we should again return to his childhood. His father - also here today - was an important role model as a dedicated scholar who mentored many international students.  But we must also acknowledge his mother.  Like many women in her generation she experienced the frustration of not being able to pursue her career, instead raising four children.  However she was active in anti-missiles protests, and pushed against the gender norms of the time ensuring her sons knew how to cook and clean. Given this background, it is not surprising Eric himself became politicised through the anti-apartheid movement.

Eric is humble about his achievements. Now Professor of Geography at UCLA, he stresses the personal benefits of working with people from different backgrounds, arguing an commitment to equality and diversity enriches the academy.  But we all know the enormous difference a supportive colleague and teacher can make, particularly for those far from home.  In awarding Eric Sheppard an honorary degree we wish to underline his outstanding academic leadership, his major contribution to making geography a more inclusive and truly global discipline, and his sustained effort to make the university a more welcoming place for all.

Madam Chancellor, I present to you Eric Stewart Sheppard as eminently worth of the degree of Doctor of Laws, honoris causa.