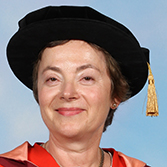 On Thursday 28th March 2013, it was announced that the Honourable Mrs Justice Sharp (as she then was) was one of ten High Court Judges to be promoted to the Court of Appeal – the highest number ever on any single day. Significantly, for a profession that has been criticised for its very slow move to greater gender equality, three of those appointments were female judges and of those, Dame Victoria Sharp stood out, as her promotion came after only four years on the High Court bench.

Victoria Sharp wanted to be a lawyer and a barrister from an early age. She always had a strong sense that this was to be her vocation. She puts this down to the fact that she had a twin brother who was always naughtier than she was and for whom she was constantly defending him in their ‘parental court’.

Educated at the North London Collegiate School, she arrived as a new undergraduate in Bristol to study Law in 1975. Bristol was her first choice. For her, it had an excellent reputation, which of course it continues to enjoy, and, at the time, it was then also the place of choice for young women who felt that Oxbridge did not offer them many opportunities.

She became a resident of Manor Hall, which was then a Hall of Residence for women only. She remembers the surprise at having to share a study bedroom with another new arrival, in a room that overlooked the graveyard at the back of the college. Thankfully, she did not equate that vista with her future ambitions. She also remembers, in her first year, significant concern for the safety of female students caused by a rapist who had not yet been apprehended. The associated safety issues were prominent in her new life. Nevertheless, she remembers with fondness those key venues of the life of any Bristol student, such as the Clifton Wine Bar and the Coronation Tap with its excesses of scrumpy cider. The city, then as now, was a fantastic place to be, lively, with a great cultural heritage and a friendly mix of residents and students.

While she was at Bristol she became chair of debates; and (unsurprisingly) took an active role in moots in the Law Faculty, building a close connection with the Crown Court in doing so. The first real case she attended as an observer was the murder of a prostitute, allegedly by another, and such was the gruelling nature of the evidence that she fainted during the hearing. It was nearly thirty-five years later that she returned to the same Court as Presiding Judge of the Western Circuit.

She found her studies at Bristol very satisfying, intensely practical and stimulating and not purely academic, something that she has valued ever since. It is, I am sure, an experience shared by of our graduating law students today.

She had long had connections with the Inns of Court. She chose to become a student of Inner Temple before she left Bristol, primarily (she says) because it had the biggest car park. She has been a member of the Inner Temple ever since and served in the governance and administration of the Inn; she is currently Chair of its Library Committee.

She had planned to find Chambers where she could practice Labour Law but, almost by accident, got a pupillage in a set of Chambers in One Brick Court which specialised in defamation. She remained there until her elevation to the High Court. She remembers vividly significant debates in the administration of the Chambers, concerning such vital issues such as whether they should have a fax machine (of which she has lived to see the effective demise). With barristers such as Derry Irvine in Chambers, she moved to specialise in media law which, besides being very interesting, was well paid and meant she did not have to starve in her early years at the Bar.

Dame Victoria married a junior doctor and they had four children in five years. Nevertheless, she maintained her full time practice throughout, declining maternity leave (as we now know it) and, indeed on one occasion went into labour when in court! She acknowledges she was very competitive, both then and now, but was convinced that if she had not dedicated herself to her job as she did by rejecting any leave on the birth of any of her children, she would have been significantly disadvantaged; as she puts it, if you were not there in Chambers, you did not receive briefs and you had no job. We are all glad that today’s female graduates will be able to enjoy a greater degree of flexibility in their careers.

After twenty very successful years at the Bar, she became a Queen’s Counsel, and a Recorder, in 1988. She appeared as Senior Counsel in a number of high profile and legally significant cases. Lowe v Associated Newspapers in 2005, in which she led for the newspaper, concerned an article written by a prominent ex-politician about the Chairman of Southampton Football Club which Rupert Lowe, the Chairman, considered defamatory.  She successfully appeared for the Sunday Times in the highly charged circumstances of Curistan v Times Newspapers three years later, where the law of qualified privilege relating to Parliamentary proceedings in Northern Ireland was clarified. The case concerned the reporting of comments (not in a verbatim form) of a DUP MP about alleged IRA money-laundering and financial malpractice by a well-known Belfast businessman.  Appointment as a Justice of the High Court came the same year in 2008 and with it the honour of Dame Commander of the British Empire.

The intensely demanding professional life of the Bar, she has found, continues in her new life on the bench. She finds that she can be working from 7.00am to 9.00pm on most days, and often at the weekends as well.  Not surprisingly, though a judge hears all types of cases, her expertise in defamation has meant she has decided cases in that field, many of which are widely reported or concern prominent individuals. One such involved complaints by Carole Caplin, described in the Daily Mail as Tony Blair’s former life coach, about a whole series of articles in that newspaper. If you prefer football to politics, then there is Ronaldo v Telegraph Media Group in which the famous footballer was falsely accused of dancing and drinking champagne shortly after an ankle operation. She also had to rule on the article headlined ‘The world’s worst tennis player’; the complainant lost because it was considered that the recited facts of 54 consecutive defeats would lead readers to the same conclusion. The key to the judicial role, where, as a trial judge, she might have needed to give ten decisions and judgements in one day, is, in her view, to keep an open mind and focus on doing justice. In this regard she never forgets that her title, now Lady Justice Sharp, includes the descriptor JUSTICE.

Such was her standing among her peers, she was encouraged to put her name forward for promotion to the Court of Appeal and succeeded at the first attempt; now she is widely regarded as a high flyer in the judicial profession.  Sitting in an appellate court, it is no doubt a good thing that she enjoys listening to arguments as much as she did when putting them forward.

Given the amount of papers that a judge must read, and the major challenge of keeping up with the 2000 pieces of legislation a year, it is perhaps surprising that, in addition to cooking, her main relaxation is being a voracious reader of non-legal material.

Madam Chancellor, Dame Victoria Madeleine Sharp found in her studies at Bristol that she was taught to think critically, analyse and research efficiently and to think for herself, while always valuing the opinions of others. In short, she was given the tools to enable her to craft a legal career. She has now taken those tools forward to become a distinguished and highly valued judge of our High Court and Court of Appeal and, therefore, eminently worthy of the award of Degree of Doctor of Laws, honoris causa.