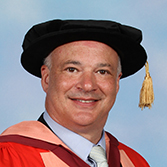 The smallest things can completely change the course of one’s life. In the case of David Scott it was a quarter-inch line drawn with a ballpoint pen in 1979 as he filled in his University application form. David was born in Jamaica to a Jamaican father and an English mother. When he was 8 months old the family moved to England. He had a scholarship at a boarding school where he was torn between Mathematics and History. Mathematics won.

But how to alter the form without making a mess? Neatness was important and he had only one paper form. By adding a small stroke to the final digit he changed 3120 to 3126. He just hoped Bristol didn’t notice the subjects, Mathematics with Computer Science, were in the wrong order. With this he created a career that would see him become a pioneer in Computer Storage Systems and the architect of one of the more extraordinary corporate acquisitions of recent years.

In 1977 the University’s aging mainframe computer, a British ICL machine, needed replacing. This machine supported most of the University’s research and teaching needs. For today’s graduates to hear that computing then was still largely based on the use of punch cards may evoke the Middle Ages, but this was only 35 years ago.

The replacement options were obvious. However the University did something very unobvious, and bold. It chose a Multics machine from the US manufacturer Honeywell. This was the first Multics system in Europe.

As a research-intensive university Bristol aspires to be at the sharp end of everything it does. Multics was certainly the sharp end! And although it eventually disappeared, it was a critical step towards Unix, the most important computer operating system of the last 30 years. The University had given its researchers and students a privileged and early experience of the next generation of computer systems.

For the undergraduate David Scott arriving in Bristol this experience shaped important technical and business decisions he was to make throughout his career.

On graduating he decided to join one of the global computer companies. A novel experience was a two-day interview where an executive announced they aspired to be Number Two. They were quickly struck off the list. Number Two just wasn’t good enough.

He joined Hewlett-Packard as a Systems Engineer. Emerging talent is spotted early and nurtured in global corporations. It is quite possible to have a 30 – 40 year career in one company gaining experience in all its functions in different geographies, at the same time rising through the ranks. So it was for David Scott as he moved from Systems Engineering to Marketing to Technology Strategy.

An industry-wide question at the time was: are Unix-based systems powerful and reliable enough to support mainstream computing? His experiences from Bristol told him they were. As a result he moved to California and became Director of Strategy for Unix Systems. He was then appointed General Manager of one of HP’s Storage Businesses – a rapid rise to executive level.

Everything was progressing well for his thirty-year career when an old colleague seduced him away to a start up in Silicon Valley. 3PAR made computer storage systems – this industry is not noted for its exciting company names. David became President and Chief Executive Officer.

In the early 2000s this model had been tried and led to some major corporate bankruptcies. David saw these not as a failure of the model, but a matter of timing. The enabling technologies just didn’t exist. He believed 3PAR had storage systems that were part of the answer.

His leadership changed 3PAR from yet-another Silicon Valley start-up, most of which vanish without trace, to a company that became the target of a very public takeover battle between two of the world’s largest computer companies.

The demand for data storage is exploding. In the next five years, we will generate more data than we generated in the previous 5,000 years. It has to be stored and managed much more efficiently.

David realized that a 3PAR technology, Thin Provisioning, could be used to give a three-quarters reduction in the hardware required. He also introduced self-managing, autonomic, systems, reflecting the human autonomic system.

He focussed 3PAR on the high-end market. His investors were not as convinced about Cloud Computing and tried to push him into mid-range devices to sell to corporate datacentres. He stuck to his convictions and was proved right.

The efficiency of 3PAR’s storage meant less power was required. As 10% of the world’s power use is now on IT, the environmental impact is significant. He launched a Carbon Neutral Storage Programme that purchased the equivalent carbon credits to offset the power consumption of the disk drives. One US energy provider offered their customers incentives to buy 3PAR hardware to help offset their supply capacity shortfall.

In 2010 the major computer companies realized that Cloud Computing was happening faster than anticipated. In the anxious search for enabling technologies they saw 3PAR as the only serious candidate for data storage in the Cloud.

When companies get into a bidding war, the biggest winner is the company up for sale. So it was with 3PAR. The Dell Computer Corporation made an offer of $1.15 B in August 2010. A bidding war then started with Hewlett-Packard. David knew that his company was in a unique position of strength. Over the next month Dell and HP overbid each other until HP was successful with a bid of $2.35B, paid in cash. This battle captivated the stock market and showed the value of true technology innovation.

Most CEOs of start-ups acquired by larger companies see out their commitment, delicately referred to as “golden handcuffs”, and then leave. David Scott is different. He rejoined HP and resumed his 30-year career, now as Senior Vice President for the entire Storage Systems Business.

He continues to live in Silicon Valley with his wife, Leyla, and their daughter. For relaxation, when he is not on the ski slopes, he plays speed chess, largely on-line nowadays.

Mr Pro Vice-Chancellor, I present to you David Scott as eminently worthy of the degree of Doctor of Engineering honoris causa.