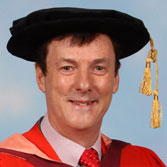 Nelson Mandela said that “Education is the most powerful weapon which you can use to change the world”. Ray Priest embodies this belief and through his work has made a huge contribution to improving the state education system in Bristol. In 2003 Ray established the first Academy in Bristol, City Academy, serving the communities of Easton, Barton Hill and St George.  This Academy not only changed the life chances of thousands of young people, but also paved the way for changes to the Educational landscape across the whole of the City. A City which has for many years been divided by its private and state schools is finally moving towards being  able to offer a good state education for all young people.  I suggest that the work of Ray Priest, in setting up City Academy, was a catalyst in provoking local leaders to think differently about education in Bristol.

As soon as the Academy Programme was announced by the Labour government in  2000, Ray Priest, as Head of the predecessor school,  St George Community College, realised that this was an opportunity to change the educational prospects for young people in East Bristol.  The predecessor school and the new City Academy serve local communities, many of which  are socially disadvantaged. Over two thirds of students are from minority ethnic groups, with over 40% learning English as an additional language.

The challenges of setting up City Academy were enormous. First there was the  task of finding sponsors, and after writing hundreds of letters  the two sponsors, the University of the West of England and Bristol City Football Club came on board. Then Ray held 148 public consultations with politicians, local communities and parents. Ray was always in the ‘driving seat’ and knew from the outset that he wanted to build a new  school  in which young people could feel a real sense of belonging, if they were to learn effectively. He wanted to create a school which felt small even though the number of students would be around 1300. Anyone visiting the school today cannot fail to be impressed by the outstanding design, which centres around five learning ‘villages’,  breaking down the Academy  into cohesive communities, promoting a strong sense of belonging and responsibility among students, teachers and parents. Throughout the process Ray Priest worked closely with the architects Fielden Clegg Bradley, and the design became a blueprint for the building of new secondary schools across England.

City Academy is much more than a secondary school. Under Ray Priest’s leadership it offered joint service provision with teenage health services and social care, alongside full representation at neighbourhood management boards.  It also pioneered the opening of a full employment service, management of a community centre, and provision of a day centre for adults with learning difficulties. Under Ray’s leadership, the  new City Academy became a focal point for community cohesion and gave the community a real sense of belief and confidence in their local school. Under Ray Priest’s leadership the number of students following on to Higher Education increased  significantly within 5 years of the Academy opening.  The 2009 Ofsted report of City Academy said “The principal's leadership is outstanding. He has been instrumental in raising the aspirations of students and in placing the academy at the heart of the local community. Through its strong partnerships with other agencies, the academy has placed a strong accent on promoting cohesion by encouraging students to value participation in local life, understand and appreciate diversity as well as to have high self-esteem and expectations of themselves as learners”.

But back to the beginning. Ray Priest was born in Hackney, London and attended Kingsmead Comprehensive School, the first comprehensive school in Enfield. It was here that he first learned about the power of an education which values your own personal potential. Although he started the school in the bottom of six sets, the school always believed in him and supported him to take initiative and work creatively, encouraging him to lead extra curricula activities such as drama and visits to London theatres. The Head of the school believed that young people have to try things out for themselves, have to be given opportunities to excel. When Ray decided that he wanted to become a teacher, the school supported him to pass the necessary examinations in the sixth form, despite his relatively meagre performance in the O’level examinations. Ray was the first in his family to study in Higher Education.  He trained to become a secondary school drama teacher at St Paul's College, Cheltenham, and his Bachelor of Education degree was conferred by the University of Bristol  in 1979.

It is very apparent that Ray was inspired, from the outset, by the Head of his own secondary school. Later in life as a teacher, and then as a Deputy Head, he learned about leadership by observing others.  The most important thing he learned about school leadership is that every young person in your school has to believe that you know something particular about them, and that you are passionate about their education. This philosophy was obvious to anyone who observed him working as the Principal of  City Academy.  He knew every student by name and as he walked around the Academy would pause for conversations with students, demonstrating a genuine interest in their life and their learning.

Head teachers play a key leadership role in our society. Their work is not always sufficiently celebrated and valued, so I am delighted that the energy and vision of Ray Priest is being recognised today by the University of Bristol. From a very cold day in February 1979 when he graduated from a Degree at the University of Bristol, to a very cold day in February 2012, Ray has worked tirelessly to improve the educational opportunities of young people. He has involved parents, local businesses and local universities, working  in partnership towards the goal of improving education. We understand that Ray is now enjoying his new career in South East Asia, but, Ray, we hope that you will return to work in Bristol, and continue to inspire local teachers and head teachers with your vision of education.

Vice Chancellor, this occasion is an opportunity to honour the career of one of the country's leading educationalists, who has committed most of his working life to making Bristol a  City that can be proud of its educational system. I present to you Raymond Priest, as eminently worthy of the degree of Doctor of Laws honoris causa.