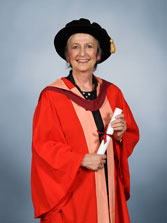 Julia Unwin has a long and distinguished career across the voluntary and public sectors, with leading roles in organisations and bodies working to improve all aspects of our lives: reducing poverty, developing social housing, attaining better food standards, and improving the lives of refugees. She also has a long-standing interest in sustainable funding models for the voluntary sector, and increasing diversity in the leadership of organisations.  Julia has held many high profile roles including being Director of the Joseph Rowntree Foundation from 2007 to 2016, and she now chairs the Inquiry into the Future of Civil Society.

Julia’s work and interests have a particular resonance in the current context – where horrifying events like the Grenfell estate fire paint an especially stark picture of the implications of poverty in our society, and of the failures of government policies to deal fairly and justly with rising inequalities. It highlights one of Julia’s particular concerns – that failures in housing directly contribute to poverty in the UK. During her time as Chief Executive of the Joseph Rowntree Foundation Julia consistently championed the value of evidence and analysis in shaping our understanding of social issues around poverty, poor housing and the interplay between the two. Housing has a considerable impact on our society and economy. Almost 1 in 10 British jobs are in the housing sector, and more than a fifth of household spending goes on rent, mortgage payments, home repairs, maintenance and improvements.  The availability, cost and design of housing impacts on people’s aspirations, their health and wellbeing, and even their children’s education. It is therefore not surprising that failure of housing markets can lead to wider economic problems, as well as poverty and homelessness.

It is therefore right that we applaud Julia’s focus on getting the policy makers, housing providers and social landlords on board to become part of the solution to poverty. But she also sees the importance of changing the public’s hearts and minds on the issue. Too often we are persuaded, erroneously, that poverty is the fault of those who live in poverty. Instead, Julia has emphasised that poverty affects a sizeable proportion of the population. In her 2013 book "Why Fight Poverty" [which incidentally was launched in Bristol at the Festival of Economics] she talks about the growth of in-work poverty, the harm and cost of child poverty and the 'poverty premium' (i.e. the poor pay more) -  and how these impact all of us because of the resulting waste in human potential, cost and risk.

The Joseph Rowntree Foundation’s major current programme of research on housing and poverty, which includes a new Evidence Centre on Housing based across several universities including Bristol, was begun during Julia’s tenure at Rowntree, and will continue to deliver important findings on a diverse range of challenges facing the UK housing system.

But as those who know her well have pointed out, Julia recognises that evidence and analysis only get you so far. Patient engagement with policy at the highest level, as well as with the broader public, are needed to subtly – and perhaps sometimes not so subtly - reshape the way in which policy problems are framed, and to introduce potential solutions to the conversation. Julia’s impact on the field of UK social policy – before, during, and since her time at Rowntree – has been enormous. She has been a good friend to the academic social policy community and, more importantly, an unwavering champion of those who daily face poverty and social injustice.

Events such as Grenfell also show how it is the voluntary sector and civil society that tend to pick up the pieces. Julia’s concerns with clarifying the role and funding of civil society has seemingly become even more urgent in this context.  As Julia has recently said in a speech to the Charity Commission: “every day it is more and more urgent for us to consider how the charity sector should respond to issues such as increasing job insecurity, the impact of new digital technology and a more divided and unequal society.”

One aspect that Julia does not tend to dwell on, (indeed was reluctant for me to mention) is that her career also provides insights into how career paths are by no means linear and that events in life, such as motherhood, may create new directions and opportunities. Julia’s long-standing links with the Baring Foundation, for instance, began because she needed a job that would be compatible with having small children, and they fitted the bill.  Motherhood has also, incidentally, created a direct link with the University of Bristol – as her daughter graduated from Bristol last year (with a degree in Drama and English).

While those awarded an honorary degree do not require a specific Bristol connection, they do need to have made a significant contribution and align with our values and areas of expertise. Julia clearly fulfils these criteria supremely. As you have heard, a solid strand though all of her work has been a concern with social justice – and that is also central to our work at Bristol.  Julia has made a tremendous contribution to the voluntary sector and social policy nationally, and her work is a great source of inspiration for our graduates today.

Chancellor, I present to you Julia Unwin as eminently worthy of the degree of Doctor of Laws honoris causa.