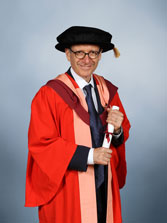 “There are three kinds of lies: lies, damned lies and statistics.”   This aphorism is ascribed by Mark Twain to Disraeli, but is in fact much older.   It expresses a weary scepticism about the value of numerical information, a scepticism that up to a point is healthy.   It is easy to present statistics in such a way as to mislead, and not only during election campaigns.   More than one person has been fairly accused of using statistics as a drunkard uses a lamppost, for support rather than illumination.

But we need good statistics, statistics that we can trust.   We need to know the extent of social problems and the efficacy of intended solutions.   We need to know how beneficial are different drugs or medical procedures.   We need to understand the implications of the results of scientific experiments.   And those who are equipped to interpret difficult data must gain our trust that they will not abuse their expertise.   There is a moral as well as a mathematical dimension to statistical methodology.

Nevertheless, the mathematical aspect is crucial, and has become more so with the advance in electronic computation.   The basis of modern statistics was laid largely by the great English scientist Ronald Aylmer Fisher, who died in 1962.   Fisher had to do analysis of variance, or regression analysis, with a manual calculator, and had memorised the squares of the numbers from one to fifty.   Today such calculations are almost instantaneous, and much more elaborate analyses are feasible.   Statisticians can estimate whole curves, or pictorial images, and can dispense with the narrow assumptions that Fisher had to make.

Bernard Silverman arrived on this scene just in time.   After a glittering career at school in London, and then at Cambridge, he wrote a PhD thesis in 1977 entitled ‘Data Analysis; Some Theory and Practice’.   It contained deep theorems, but as its title indicated it kept its feet on the ground by relating theory to real applications.   This has remained the hallmark of his scientific work.   He is a consummate mathematician, who could have made his name as a pure probabilist.   But he prefers to solve real problems, using deep mathematics when, but only when, they lead to useful methodology.

Soon after his PhD, Silverman was appointed lecturer at the University of Bath.   His choice may not have been unconnected with his wife Rowena Fowler’s post in Extra-Mural Studies at Bristol.   For many years Rowena was a valued teacher of English in our continuing education activity, and it is a pleasure to welcome her here today.   Meanwhile Bernard was establishing a world reputation in computational statistics, heading the mathematics school at Bath, and playing a major role in learned societies both in the UK and abroad.   He is for instance the only person based in a British university ever to receive the award given by the North American statistical societies to ‘the outstanding statistician under 40’.

In 1993 he came to this university, first as Professor of Statistics and then as Henry Overton Wills Professor of Mathematics, and remained here for 10 years before moving to Oxford as Master of St Peter’s College.   He is remembered as full of energy and ideas, keen to get things done, encouraging to colleagues and students, fearless with deans and vice-chancellors.   If he disagreed with you, it was on the basis of reasoned argument, and without malice.

He continued to make distinctive contributions to statistical theory, and to receive recognition, such as election to the Royal Society in 1997.   In 2000 the US Institute of Mathematical Statistics elected him President, the first ever outside North America, and he proved a successful reformer of that august body.

All this would amply justify an honorary degree, but I want to draw your attention to a broader area of service.   Bernard Silverman has not confined himself to publications which would burnish his scientific laurels.   He has applied his statistical skills to much more mundane problems, which many academics might regard as being unworthy of their talents.   To take just a few examples, sustainable expansion at Heathrow, the science of genetic modification, the lessons of the 2001 foot-and-mouth epidemic, the undercounting of inner city areas in the 2001 population census.   These are difficult areas, challenging the statistician to use all his judgement and experience to get at the underlying causes.   They are also deeply frustrating, because scientific evidence is so often trumped by political prejudice.

Given his combination of technical brilliance and commitment to public service, it was not a great surprise when he was headhunted in 2010 as Chief Scientific Adviser to the Home Office, a post he has now held for an unusually long time.   There he has had to deal with a wide range of important issues from drugs to immigration, and he has played a wider role with his scientific colleagues in other departments.   British politicians and civil servants are in the main scientifically unsophisticated, and the presence of scientists, including statisticians, working within government, is of the first importance.

You will now be thinking, Vice-Chancellor, that there is nothing more to say, so here is a final surprise.   In 2001 Bernard Silverman, having gained a Bachelor of Theology degree with first class honours, was ordained as a priest in the Church of England by the Bishop of Bristol.   With all his other activities he has found time to give quiet and devoted service, as a non-stipendiary minister, in Bristol and latterly in Oxford.

This university does not however award doctorates of divinity, and I can therefore do no better, Vice-Chancellor, than to present to you Bernard Walter Silverman, statistician extraordinary, clerk in holy orders, for the degree of Doctor of Science, honoris causa.