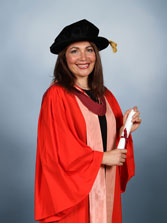 It is often said that we live in interesting, not to say challenging times. One of the particular challenges we all face is to understand and interpret both our country and the ever-changing wider world. These days, it is often hard to identify reliable sources amid the hubbub of social media. Recently, there has been a marked increase in allegations of fake news and alternative facts, and of deliberate manipulation of the political process, at home and abroad.In this contested atmosphere, we can at least rely on some institutions which strive to discover and present the truth, and to develop opinions which are based in evidence. This university, its staff and its students, through their essays, projects, experiments and dissertations, is one of many which discovers new knowledge and trains new generations in the highest standards of enquiry and evidence gathering.

Among our graduates, some, each year, make careers in the media where these skills are particularly and increasingly important. Our honorary graduand today, Katya Adler, is an exceptional example of this, with the slight difference that Katya began her media career well before she graduated in German and Italian from this University in 1995.

When I first met Katya, she had just returned from her year abroad and had already undertaken a rich variety of work placements, notably at Blue Danube Radio in Vienna, in the Rome offices of The Times and Reuters, and as a television reporter for NBC in Turkey. The Rome correspondent of The Times, clearly a soothsayer, predicted a career for Katya as a foreign correspondent herself. Meanwhile, for her dissertation of some 10,000 words in German, Katya chose the demanding topic of denazification, and set about tracking down the best-known Nazi hunter, Simon Wiesenthal, for an interview. Katya was already displaying unusual initiative and was, as one of my colleagues noted at the time, ‘FUN to teach’.

When Katya generously came back to Bristol in 2012 to give the German Department’s annual Christmas lecture, she was swamped by students who clearly saw her as a role model and wanted to know how best to make a career in broadcasting. In an earlier interview she had already said: ‘Know that you REALLY want it. Then go for it.’ And on graduation from Bristol, this is exactly what Katya herself did, initially returning to Blue Danube Radio. I can well remember my ears pricking up on trips to Vienna when I heard her present serious news programmes, though I confess I missed some of her other broadcasts, not least the FUNtastic Roadshow, in which Katya joined forces with a cat named Huckle to teach children English.

In fact, I feel quite certain that Katya’s humour and natural manner have been an important part of her success, at public broadcasting companies like the ORF in Vienna, Deutsche Welle in Germany, and the BBC. Besides mastering complex briefs and knowing how to pursue a story – and having the courage to put world leaders on the spot – Katya is also able to communicate this complexity to a mass audience on television, on radio and online. It is surely the mix of these abilities which has placed her among the most popular and authoritative of the BBC’s reporting team over almost twenty years, in the challenging environment of the Middle East, amid drug warfare in Mexico, at key events such as the Madrid train bombing of 2003, and, since 2015, as Europe Editor at a time when the continent’s politics, and the UK’s involvement in them, have been under particular scrutiny.

Katya’s natural ability as a linguist and her love of languages, nurtured from an early age, have been further strengths, and one which she is passing on to her own three children. She is fluent in five major European languages, and has good knowledge of Arabic and Hebrew. Katya says that for her, languages are more about feelings than about words: this awareness enables her to get to the heart of other countries’, and other people’s politics and cultures at first hand. She can approach the powerful and those affected by their decisions in their own languages, even read graffiti on the walls, and report back to us with the insight of an insider and the professional detachment of the seasoned journalist.

Like Bristol and other universities, the BBC is an institution dedicated to the pursuit of objective truth. The breadth of analysis and reporting of BBC journalists will inevitably sometimes challenge strongly-held opinions. On Brexit, perhaps the most divisive issue in British politics this century, Katya’s reporting has remained balanced and objective, to the occasional fury of those who would prefer all published comment to reflect their own opinions and no others. Katya’s integrity as a researcher and reporter was already apparent in her undergraduate years, and has remained and developed through her career. In challenging times, we all need to be able to rely on Katya and reporters like her to make sense at first hand of our complex world, deploying the skills of impeccable research, clear presentation and determination which we hope all our graduates will take from Bristol and develop in each of their chosen fields.

Pro-Vice Chancellor, I present to you the BBC’s Europe Editor, Bristol graduate of German and Italian, Katya Adler, as eminently worthy of the degree of Doctor of Laws, honoris causa.