The University of Bristol has a long tradition of excellence in Artificial Intelligence, with research groups in Engineering dating back to the 1970s and 1980s. Now all these traditions have converged to form the Intelligent Systems Laboratory (ISL).

The historical photograph below depicts the Merchant Venturers Building about a century ago. Today the building houses some members of ISL. 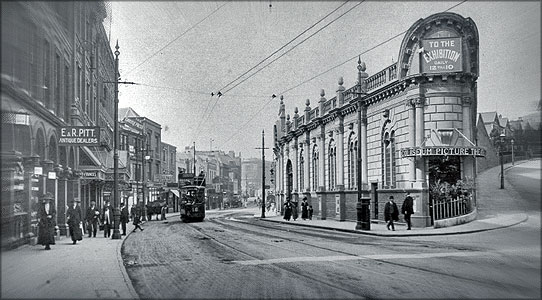 Research in the general area of intelligent systems in Bristol, dates back to the 1940s when cybernetics pioneers Gray Walter and Ross Ashby were based in the city (at the Burden Institute, now part of Frenchay hospital). In this university, it dates back at least to the arrival of Richard Gregory from Edinburgh in 1970, and in the Faculty of Engineering at least to the early work of Jim Baldwin in Engineering Mathematics Department (late 1970s), and then to the creation of research groups in Computer Science Department (early 1980s). The groups in the two Departments grew throughout the 1980s and 1990s, and the growth has been accelerated in recent years to reach circa 35 staff members.