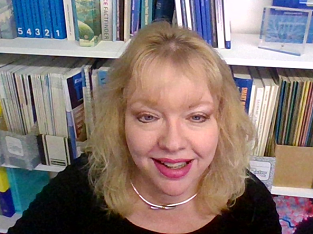 The US Society for Experimental Mechanics have invited Professor Janice Barton from the Bristol Composites Institute and University of Bristol’s Department of Mechanical Engineering to present the 2020 William M. Murray Lecture. Professor Barton was selected for her pioneering contribution to the development of Thermoelastic Stress Analysis (TSA).

Professor Janice Barton's expertise is in imaging for data rich materials characterisations and assessments of structural performance, with a focus on lightweight structural design, particularly composite structures. Professor Barton has received numerous grants that have allowed her to develop novel approaches in experimental mechanics, with a special focus on the development of infra-red imaging. Janice Barton was appointed as a Professor of Experimental Mechanics in the Bristol Composites Institute at the University of Bristol in 2019. Prior to this she worked at the University of Southampton for 20 years. She received her PhD from the University of Manchester in 1993, where she started her research on the topic now known as 'Thermoelastic stress analysis'.

The William M. Murray Lecture was initiated in 1952 as the SEM's prestige lecture. It is presented each year as a continuing honour to Dr. William MacGregor Murray, first SEM president and long-time secretary-treasurer. Professor Barton is the first woman to receive this honour in its 68-year history. Professor Barton will present her Murray Lecture at the SEM Annual Conference, which will be hosted virtually in September 2020.

Professor Barton said: “I have been attending SEM conferences since 1993 as I finished my PhD, and have attended many Murray Lectures given by eminent leaders in the field of experimental mechanics, so it is a great honour to have my contributions recognised by being invited to be 2020 Murray Lecturer by the SEM nominations committee. The last time a UK person was invited was almost 30 years ago in 1991, and I will be the first woman to receive this honour. It is fantastic that my research is being held in such high esteem and I hope that many more female Murray Lecturers will follow in the years to come.”