University of Bristol researchers have contributed to a body of evidence on suicide that is helping shape local, national and global suicide prevention initiatives, which have led to subsequent reductions in suicide rates.

Suicide is one of the most common causes of death in young adults. Surviving family members and friends are usually profoundly affected by the often sudden death of a loved one. Preventing suicide saves lives, but it also benefits society more broadly - reducing the emotional toll on loved ones and the associated burdens on essential services and the economy.

In 1994, a study led by Professor David Gunnell, an epidemiologist in Bristol's School of Social and Community Medicine, provided the first systematic review of suicide prevention strategies. The review showed that restricting access to commonly used, highly lethal methods of suicide was one of the few effective approaches to suicide prevention. This work prompted subsequent studies, many led by Bristol, to identify the key methods of suicide used worldwide, how access to these methods could be restricted and evaluating the effectiveness of these restrictions. This body of work has supported the development of national policies in the UK and abroad.

Restricting access to high lethality methods of suicide works because suicide attempts are often impulsive, and if time can be bought by making the means of suicide less accessible or lethal, people may go on to receive the help and/or treatment needed to recover from their mental health crisis. The vast majority of people who survive a suicide attempt do not go on to take their lives.

Bristol-led research, in collaboration with colleagues from Edinburgh, Copenhagen and Beijing, quantified the number of suicides from pesticide self-poisoning, determining that they account for one third of global suicides. Many of these deaths follow impulsive suicide attempts in rural areas of low income countries where pesticides are easily available.

The World Health Organization (WHO) responded to this global issue by launching a global Pesticides and Health Initiative in collaboration with the International Association for Suicide Prevention (IASP). Gunnell was part of the expert advisory group that informed the strategies for this initiative. Bristol research also fed into WHO publications arising from the initiative, including 'Guns, knives and pesticides: reducing access to lethal means'.

Heightened awareness of the burden of pesticide-related suicide has triggered global action. China, where pesticides account for two thirds of all suicides in rural areas, banned the use of paraquat in 2012 (with a phase-out period of four years) as well as more than 20 other highly toxic pesticides.

Such measures have also been introduced in Korea, Europe, India and Sri Lanka. Bristol researchers evaluated the impact of banning toxic pesticides in Sri Lanka and estimated that there were nearly 20 thousand fewer suicides in the decade after the regulations than in the decade prior to the ban.

Bristol's research also informed the decision to install protective barriers on the Clifton Suspension Bridge, Bristol in 1998. The research team evaluated the impact of the barriers; there were half as many deaths per year in the five years after installation compared with the five years prior to installation, with no evidence of substitution to other sites.

This evidence has supported efforts to make other known suicide bridges safer. Gunnell was consulted in the early phases of planning for the safety net for the Golden Gate Bridge (US). Bristol research has also contributed to NHS guidance on reducing suicides at hotspots and the Department of Health's (DH) impact assessment of the Suicide Prevention Strategy for England.

Working with the media

Media guidelines established by the Samaritans, which have been used to brief major national news and media organisations, have also been informed by this research. Gunnell has met directly with national newspaper editors, the Press Complaints Commission, the Bristol Post, BBC, S4C, ITV and other news agencies to discuss the best approaches to reporting suicide.

"We are applying tools that allow us to identify emerging trends in suicide methods," explained Gunnell. "We are being more proactive, which will allow actions to be taken earlier, potentially saving more lives." 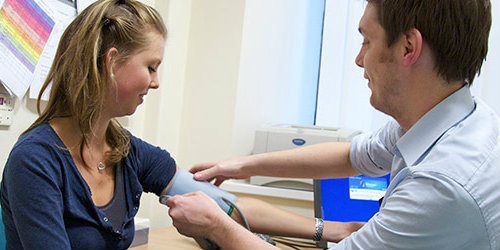 Apply your research to improving healthcare around the world.