What is the Particle Physics Masterclass?

Particle Physics is about the fundamental building blocks of the universe and how they interact with each other. It deals with the most fundamental scientific questions such as: Why is there any matter in the universe at all? Why do particles have mass? If matter and antimatter meet - what is left over? What is dark matter? And what happens if you bash protons together 20 million times a second at 99.9999997% of the speed of light?

The Large Hadron Collider (LHC) at CERN in Geneva, which began operation a few years ago, is a major step towards answering these questions. The recent discovery of the long-sought Higgs boson at the LHC is probably the most significant discovery of this century. The Higgs boson is the direct indication of an all-pervading invisible field that endows fundamental particles with one of their most fundamental properties: mass.

The University of Bristol has been at the forefront of experimental particle physics for over 75 years. In 1950, a Bristol particle physicist, Cecil Powell, won the Nobel prize - he had discovered the pi meson, which was crucial to our understanding of the strong nuclear force. Currently, the Bristol Particle Physics Research Group is playing a leading role in experiments at CERN, including building and operating one of the LHC detectors that announced the possible discovery of the Higgs Boson in 2012.

At the Masterclass workshop, you will meet some of these Bristol-based scientists and learn about their latest work at the LHC. You will even get the chance to analyse some LHC data yourselves. 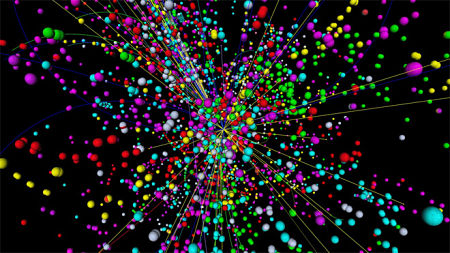 T‌he next Masterclass is planned for Tuesday, 5th April 2022. To book tickets (limit 15 per school), go to the University's Online Shop. Tickets are £10 per person and include refreshments and pizza lunch. Some concessions are available, please enquire by email to: particle-physics@bristol.ac.uk.