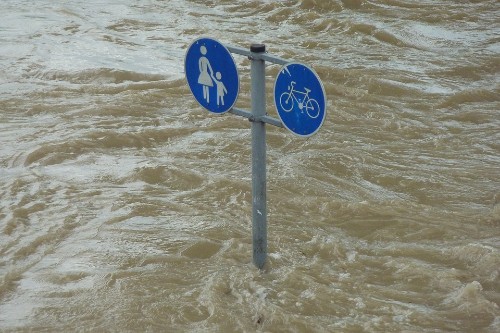 Global risk assessment firm Moody’s Corporation has acquired a minority stake in Fathom, a global flood risk and modelling business established in 2013 by a team of academics from the University of Bristol. Creating flood models at both a national and international scale, Fathom’s UK model is the first of its kind to factor in multiple climate change scenarios to predict the impact of flooding in the future, rather than relying solely on historic records.

The investment is recognition of the huge, and growing, impact that flooding and climate change has on the global financial landscape as well as governmental decisions. Fathom’s unique data sets will power insights to inform ESG (environmental, social and governance) policy and help mitigate the potentially devastating socio-economic impact that flooding can have.

“Fathom was formed in 2013 out of the Hydrology Research Group at the University of Bristol and has maintained strong links to the University” said Jeff Neal, co-founder at Fathom and Associate Professor at the University of Bristol. “From the start Fathom have followed a philosophy to build on the latest academic research when developing new risk products. This investment will allow Fathom to continue that philosophy and bring cutting edge research to new markets”

“National and regional economies, insurers and financial services all need flood mapping data they can rely on, as the impact of flooding can have extremely serious physical, financial and environmental consequences today, that will further be exacerbated by climate change and urbanisation,” said Christopher Samson, co-founder at Fathom. “We’re delighted that the team at Moody’s has recognised this and understands the potential of our growing business.”

Fathom has created the most robust and comprehensive flood datasets available using cutting edge science and research. In the last year, Fathom has launched detailed flood risk models for the US and UK. Data from Fathom’s new UK Flood Risk Model launched in early 2021 revealed that the number of properties in Great Britain at substantial risk of flooding will rise by 24% to 1.35 million over the next 30 years due to climate change.

“Our team of scientists and researchers constantly push the boundaries of flood mapping and risk data,” said Andrew Smith, co-founder at Fathom. “Moody’s in-depth industry knowledge will help us to reach new markets and countries where this detailed level of flood data is urgently required.”

Fathom was advised on the deal by ICON Corporate Finance, which has a long track record of brokering deals with major financial institutions for ambitious small and mid-sized businesses.