Resilience of vertebrate animals in rapid decline due to manmade threats, study finds 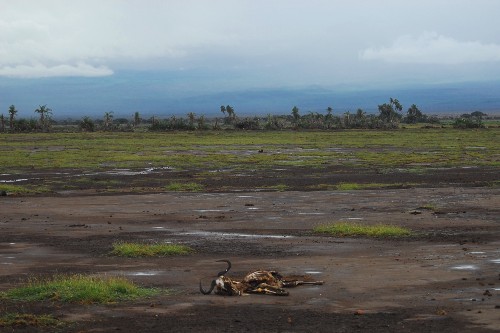 Global change is eroding life on earth at an unprecedented rate and scale. Species extinctions have accelerated over the last decades, with the concomitant loss of the functions and services they provide to human societies.

A general assumption is that this current loss of global biodiversity is paralleled by a decrease in the resilience of ecological systems. As such, preserving resilience of ecosystems has become a major conservation objective.

Now researchers at the University of Bristol have examined how species are responding to the rising environmental pressures, demonstrating in findings published today in Ecology Letters, that the planetary scale of human impacts to wildlife is also accelerating resilience loss of vertebrates worldwide.

Dr Pol Capdevila of the School of Biological Science said:  “Global assessments of how the resilience of vertebrate species has changed over the last decades were absent before our study, rendering the assumption of global resilience loss untested.

“In this study, we evaluated how the resilience of vertebrate populations, including species of mammals, birds, amphibians, reptiles and fish worldwide, is changing over time. We also tested which could be the main factors accelerating the potential decline of resilience worldwide.

“Our study reveals a global loss of resilience across marine, freshwater and terrestrial ecosystems. Most importantly, we found that the cumulative effects of anthropogenic threats, such as climate change, invasive species, habitat loss, pollution or exploitation are accelerating the loss of resilience.”

As vertebrate species play key roles in ecosystems worldwide, the global signs of resilience loss suggest that vertebrate populations will be more vulnerable to future threats, what could trigger catastrophic loss of natural ecosystems function and services. In addition, the findings suggest that previous studies might have underestimated the extent of biodiversity loss and the impacts of anthropogenic threats.

The researchers will explore more in detail the effects of threats of different nature, such as climate change, habitat loss or invasive species, on the resilience of species. Dr Capdevila added: “Not only that, we will also explore how these multiple threats interact with each other, to identify which combinations of threats have a strongest impact on the resilience of vertebrate populations.”

This work was funded by a Leverhulme and NERC grant.