The Keen, the Concerned, the Content: the three groups anticipating the return of normal life post-Covid 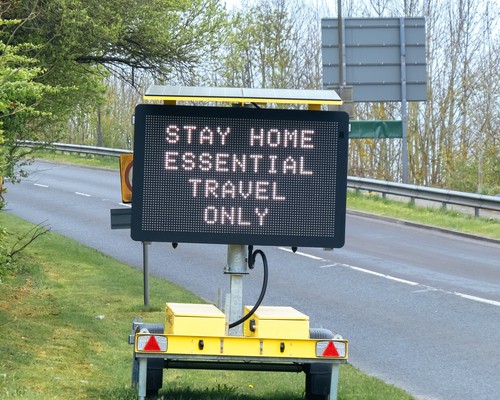 The UK population is made up of three distinct groups, each with different levels of concern and eagerness about going back to normal life after the Covid-19 pandemic, a new study has found. The study was carried out by King’s College London, the University of Bristol and the NIHR Health Protection Research Unit in Emergency Preparedness and Response, and is based on Ipsos MORI survey data.

Analysis of survey data from 1 to 16 April reveals the groups – named the Keen, the Concerned and the Content – vary according to their reasons for not wanting to return to pre-Covid life, how comfortable they think they will feel resuming various activities once they are allowed, their life satisfaction during lockdown, and their views on the need to fight Covid versus protecting civil liberties.

Dr Daniel Allington, senior lecturer in social and cultural artificial intelligence at King’s College London, said: “People have experienced life under lockdown in many different ways, so, now that it's coming to an end, there are mixed feelings. Most people have found lockdown unpleasant, but there are many who feel that it is not yet safe to return to normal – no matter how miserable the restrictions have made them. On the other hand, there are people who have found something to enjoy in the ‘new normal’ of lockdown, such as the convenience of working from home or the ability to put aside a little money that would otherwise have been spent. As the country moves out of lockdown, it's an opportunity for us all to think about how we want to live our lives from this point onwards.”

Professor Bobby Duffy, director of the Policy Institute at King’s College London, said: “As we come out of lockdown, it’s vitally important to recognise that there are a wide variety of perspectives among the public – from those keen to get back to normal life, to those still very concerned about the health risks, and those who are pretty content with many aspects of our new way of living.

“Government and employers are going to have to communicate carefully and be flexible with people as we make that transition – it’s going to be a very difficult balance to get right. There is also no simple split among the public, where, for example, all the young are keen to get back and old are worried – it’s a much more varied picture, which makes targeting messages and actions all the more challenging.”

'The Keen, the Concerned, the Content: the three groups anticipating the return of normal life post-Covid' by by Daniel Allington, Siobhan McAndrew, Bobby Duffy and Vivienne Moxham-Hall

Multiple correspondence analysis was used to find underlying patterns in people's perception of obstacles to returning to life as normal. This analysis suggested that there were two main axes of opinion: on the one hand, keenness or reluctance to return to life as normal, and on the other hand, contentment with lockdown versus concern about the dangers of relaxing lockdown as reasons for being reluctant to return to life as normal. A machine learning approach called k-means clustering was then used to divide respondents into groups according to where they fell on those two axes.

For the purpose of calculating the percentage of Leavers and Remainers in each group, the researchers ignored those who did not or could not vote in the 2016 EU membership referendum, as well as those who couldn’t remember or didn’t want to say how they voted.

The findings in this study are part of “Covid and after: trust and perceptions”, a project funded under the ESRC COVID-19 Rapid Response research call ES/V015494/1.