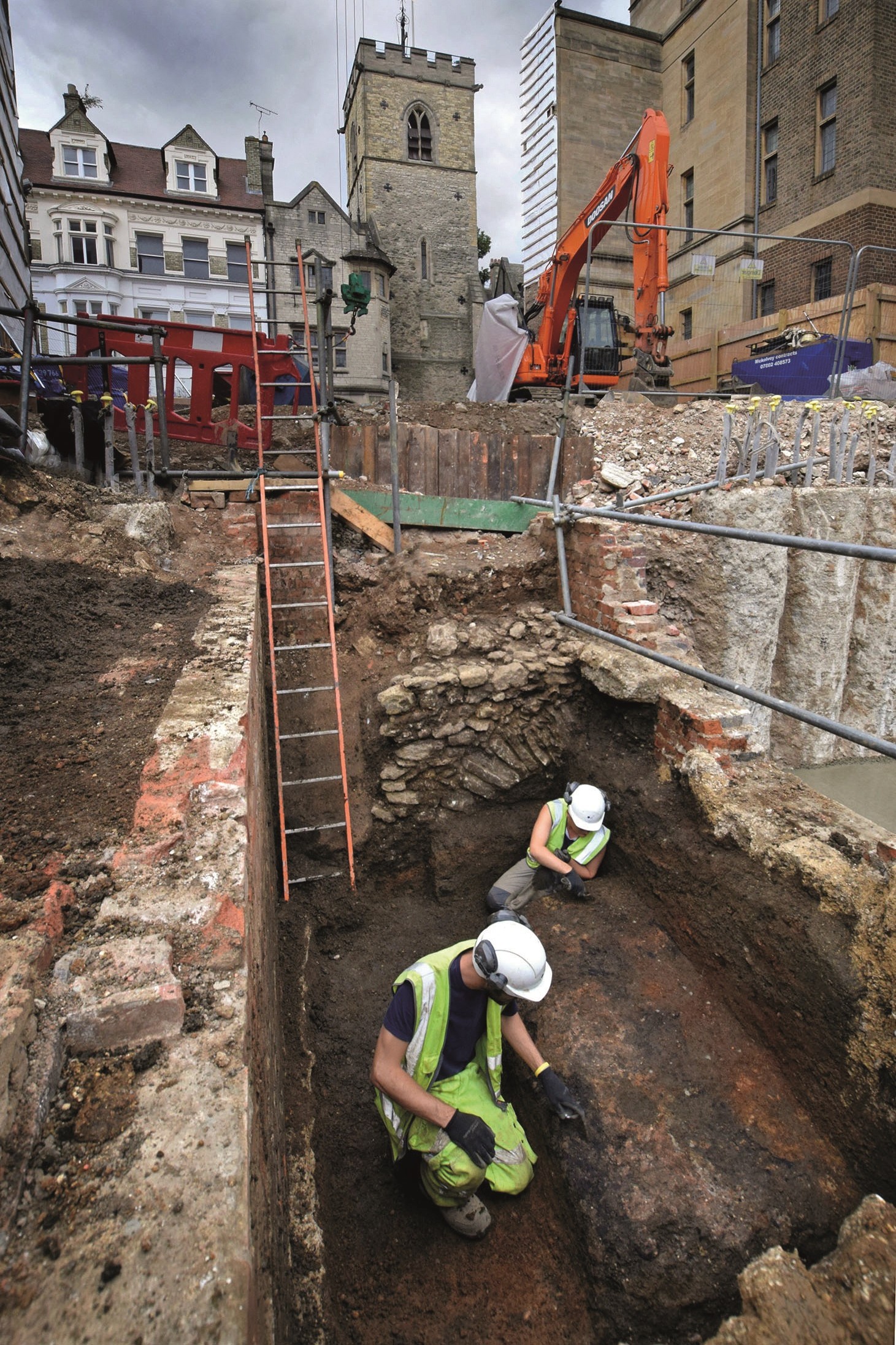 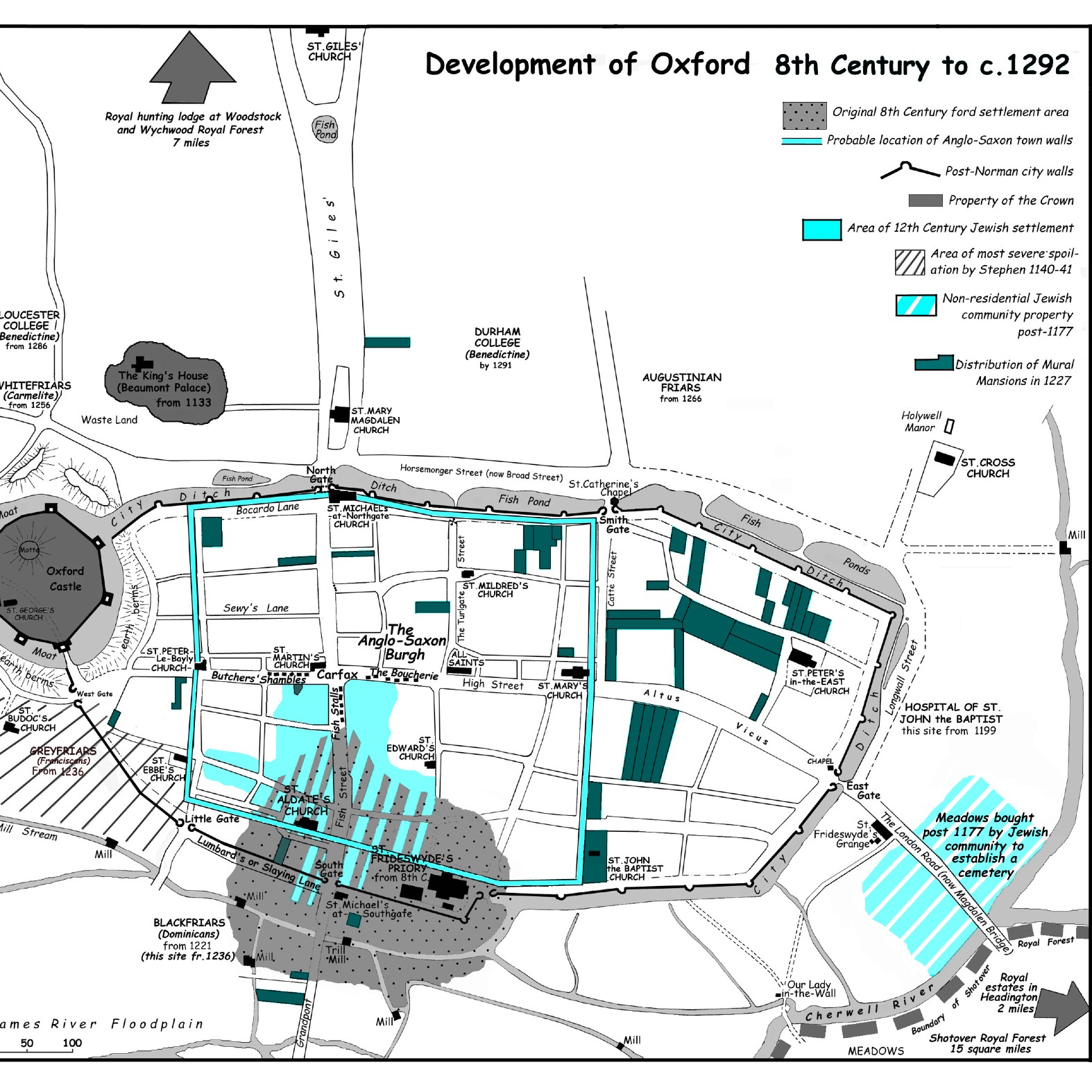 Map showing the development of the City of Oxford from the 8th Century to c. 1292, with the Jewish quarter shown in blue figure by Pam Manix 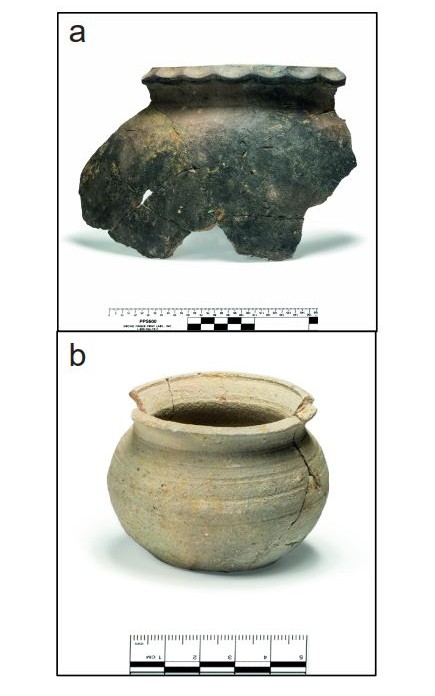 a. jar in Medieval Oxford Ware, probably used as a cooking-pot and dated to the late 11th or 12th century and b. near-complete miniature jar in Early Brill Coarseware from structure 3.1 University of Bristol

A team of scientists, led by the University of Bristol, with archaeologists from Oxford Archaeology, have found the first evidence of a religious diet locked inside pottery fragments excavated from the early medieval Jewish community of Oxford.

Keeping kosher is one of the oldest known diets across the world and, for an observant Jew, maintaining these dietary laws (known as Kashruth) is a fundamental part of everyday life. It is a key part of what identifies them as Jews, both amongst their own communities and to the outside world.

Oxford’s Jewish quarter was established around St. Aldates in the twelfth and thirteenth centuries, following William the Conqueror’s invitation to Jews in Northern France to settle in England. Recent excavations by Oxford Archaeology at St Aldates, in the historic heart of Oxford, revealed evidence for two houses, which a medieval census suggested belonged to two Jewish families. One was owned by Jacob f. mag. Moses and called Jacob’s Hall, and was said to be one of the most substantial private houses in Oxford and the other house was owned by an Elekin f. Bassina.

During excavations, archaeologists found a stone-built structure, identified as a latrine, and dated to the late 11th and 12th century.  A remarkable animal bone assemblage was unearthed in this latrine, dominated by domestic fowl (mainly goose), and with a complete absence of pig bones, hinting at a kosher diet. Fish bones comprised only species such as herring which are kosher. This combination of species suggests a Jewish dietary signature, identified in British zooarchaeology for the first time, and just the third time in medieval Europe.

To investigate whether the inhabitants of the two houses were eating a Jewish diet, the team used a combined chemical and isotopic approach to identify and quantify the food residues absorbed into medieval vessels found at the site.

Their findings, published recently in the journal Archaeological and Anthropological Sciences, showed that the possible Jewish vessels were only used to cook meats from cattle, sheep and goat. Evidence for pig processing was entirely absent. However, the cooking and eating of pork was evident from the pottery residues and animal bones from a contemporaneous site outside of the Jewish Quarter in Oxford (The Queen’s College), and from the earlier Anglo-Saxon phase at St Aldates.

Lead author, Dr Julie Dunne from the University of Bristol’s School of Chemistry, said: “This is a remarkable example of how biomolecular information extracted from medieval pottery and combined with ancient documents and animal bones, has provided a unique insight into 800-year-old Jewish dietary practices.”

This is the first study of its kind that has been able to identify the practice of keeping kosher, with its associated ritual food practices and taboos, using ancient food residues found in cooking pots, opening the way for similar studies in future.

Edward Biddulph, who managed the post-excavation project at Oxford Archaeology, said: “The results of the excavation at St Aldates and Queen Street have been astonishing, not only revealing rare archaeological evidence of a medieval Jewry in Britain, but also demonstrating the enormous value of carefully focused analysis that combines traditional finds and stratigraphic analysis with scientific techniques.”

Dr Lucy Cramp who is a senior lecturer in the Department of Anthropology and Archaeology at Bristol, and is a co-author of the study, added: “Human dietary choices are based on far more than availability or caloric content. What’s really exciting is how this evidence for dietary patterns in Medieval Oxford informs us about the diversity of cultural practices and beliefs that were present in the past, as today.”

Professor Richard Evershed FRS who heads up Bristol’s Organic Geochemistry Unit and is a co-author of the study, added: “This is another remarkable example of just how far we are able to go with using archaeological science to define many aspects of the lives of our ancestors.”