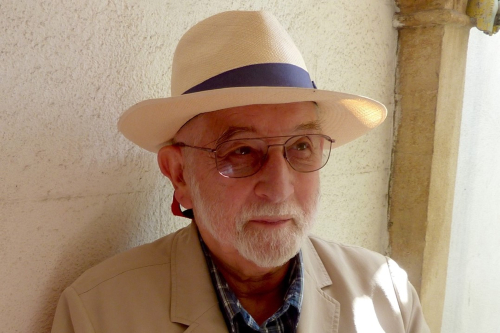 Melville Wills Professor of Physics Sir Michael Berry is to receive the Fudan-Zhongzhi Science Award for 2020.

Professor Sir Michael Berry in the School of Physics will receive the 2020 Fudan-Zhongzhi Science Award, for the theoretical discovery of the geometric phase, widely known as Berry phase in basic quantum mechanics.

The award will be presented at a ceremony in Shanghai on 13 December, likely to be a virtual event. Sharing the award will be Charles Kane of the University of Pennsylvania, for the theoretical prediction of topological insulators, and Qikun Xue of Tsinghua University, for experiments on quantum materials.

The geometric phase, discovered in 1983, is a concept in the physics of waves: light, sound, and especially the quantum waves describing microscopic particles. In waves, the forces that act on whatever is waving are changed in a cycle, but hidden in the underlying laws was a change in the wave’s phase, describing the stage of its oscillation. This phenomenon has unanticipated applications in many areas, including the energies of molecules, the electrical properties of quantum materials, quantum computing, optical microscopy, the swimming of tiny organisms and peristalsis of the stomach.

The award was jointly founded in 2015 by Fudan University and Zhongzhi Enterprise Group, in recognition of scientists who have made fundamental and groundbreaking achievements in biomedicine, physics and mathematics. The award aims to promote global scientific research, and advance science and technology, providing an international platform for research communication, discussion and sharing.