School admissions: how to make the system fairer for all 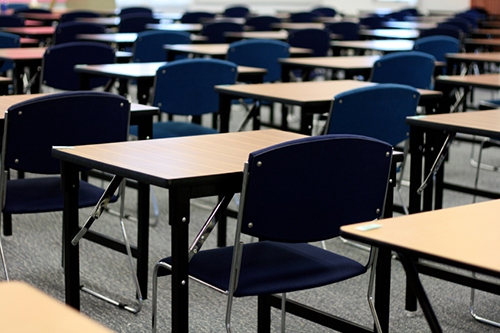 With the highest performing schools accepting around half the rate of disadvantaged pupils as the national average, a new report co-authored by the University of Bristol presents a series of reforms to make the school admissions system fairer.

The report, published today by the Sutton Trust, shows rich and poor families use the system in the same way, yet disadvantaged children are less likely to end up in a high-performing school.

However, they conclude that the school choice system is not working for everyone because it is the wealthy who can afford to buy or rent near high performing schools.

The report examines the benefits and disadvantages of a number of proposals for reform. These include:

Professor Simon Burgess, from the Department of Economics at the University of Bristol, said: "It's clear that disadvantaged children are less likely to end up in a high-performing school; we illustrate that in our report. Why?

"Our research has shown that rich and poor use the school choice system in the same way. The problem is that the core element of our school admissions system, allocating places by proximity to the school, favours the wealthy. Better off parents can essentially buy access to high-performing popular schools through where they can choose to live.

"In this report we review different options for reform, and believe that the use of marginal ballots offers a promising way forward."

A second report, also published today by the Sutton Trust ahead of school offer day, includes polling of parents and teachers on their views on school admissions.

Over two-thirds (69 per cent) of teachers overall, and almost three-quarters (71 per cent) of senior leaders, think that reducing social segregation across the system would have a positive effect.

The Sutton Trust is making fairer school admissions one of its priorities for 2020 and plans to create more concrete guidance for schools on fairer admissions. From today, it's seeking feedback from schools across England on their experiences with admissions.

Schools are being asked to complete a short questionnaire that asks them about their experiences, barriers to change and potential options for reform.

Sir Peter Lampl, founder and chairman of the Sutton Trust, said: "Our school system is highly socially segregated. Schools with well-off intakes sit alongside those with high levels of disadvantage. And low- and moderate-income families are less likely to access the highest performing schools.

"It's clear from today's research that parents and teachers alike want to see a much fairer system, where schools better reflect their communities.  This would have far-reaching benefits, from better levels of overall attainment to improved teacher recruitment and retention."