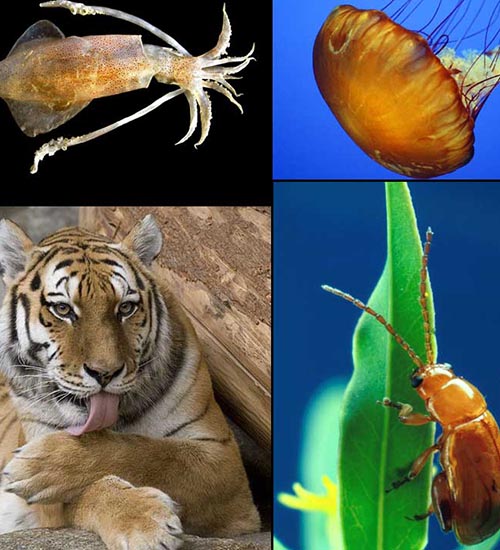 Scientists have shown that some key points of animal evolution — like the ones leading to humans or insects — were associated with a large loss of genes in the genome. The study, published in Nature Ecology & Evolution [today 24 February], compared over 100 genomes to investigate what happened at the gene level during the evolution of animals after their origin.

During evolution, organisms can gain new genes to perform new functions, lose other genes that are not used anymore, and recycle old ones into new functions. Previous studies have shown that the acquisition of new genes played a major role in the origin of the animal kingdom, and it is assumed that most organisms become more complex by acquiring new genes.

Animals can be split into major evolutionary lineages. One is deuterostomes: comprising humans and other vertebrates as well as sea stars or sea urchins.  Another is ecdysozoans: encompassing the largest group of animals, the arthropods (insects, lobsters, spiders, millipedes), as well as other moulting animals like roundworms. These two lineages include some of the animals considered to be more complex.

However, the research team’s analyses has shown that the respective last common ancestors of deuterostomes and ecdysozoans suffered unprecedented levels of gene losses, and that the increase in complexity or diversity of species is not always coupled with a rise in the number of new genes.

Dr Jordi Paps, lead author and Lecturer from Bristol's School of Biological Sciences, explained: "A larger implication is that the evolution of the animal kingdom is not driven by an increase in the number of genes, and in evolution does not invariably mean becoming more complex.

"We are planning to use the same type of approach to study how the genomes of parasitic animals, such as taenia or roundworms, lose and gain genes to see if we can find therapeutic targets to fight the diseases caused by these parasites."

The next step for the research would be to see if this pattern is also seen in other major lineages in the tree of life, other than animals.

'Widespread patterns of gene loss in the evolution of the animal kingdom' by Cristina Guijarro-Clarke, Peter W. H. Holland and Jordi Paps in Nature Ecology & Evolution