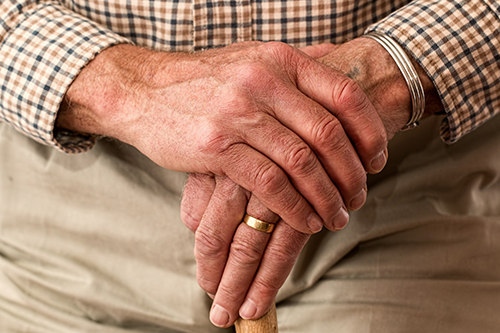 New research suggests testing people's memory over four weeks could identify who is at higher risk of developing Alzheimer's disease before it has developed. Importantly, the trial found testing people's ability to retain memories for longer time periods could predict this more accurately than classic memory tests, which test memory over half an hour.

The study, led by researchers at the University of Bristol and published in Alzheimer’s Research and Therapy, wanted to find out whether testing people's memory of a word list four weeks after they were initially read it could predict who will experience the most cognitive decline over the following year, even if they have no cognitive or memory problems to begin with.

Forty-six cognitively healthy older people (with an average age of 70.7) were recruited to the trial.  The participants performed three memory tasks on which delayed recall was tested after 30 minutes and four weeks, as well as the Addenbrooke’s Cognitive Examination III (ACE-III) test (a commonly used test for detecting cognitive impairment) and an MRI brain scan.  The ACE-III test was repeated after 12 months to assess the change in cognitive ability.

The research found the memory of 15 of the 46 participants declined over the year and that the four-week verbal memory tests predicted cognitive decline in these healthy older people better than the clinical gold standard memory tests. The prediction was made even more accurate by combining the four-week memory test score with information from the MRI brain scan that shows the size of a part of the brain responsible for memory, which is damaged by Alzheimer’s disease.

Testing long-term memory recall could enable earlier detection of Alzheimer's disease. This is critical, as any future treatment which slows or stops Alzheimer’s disease from getting worse will be most effective if given at the very earliest stages of the disease, and before significant memory problems are detectible using current tests.

Dr Alfie Wearn, Research Associate in the Bristol Medical School: Translational Health Sciences (THS) and co-author, said: "Our study shows evidence for a low-cost and quick to administer screening tool that could be used to identify the very earliest signs of Alzheimer’s disease. It could also directly speed up the development of effective Alzheimer's disease therapies, and enable earlier treatment when such therapies are available."

Dr Liz Coulthard, Associate Professor in Dementia Neurology at the University of Bristol and neurologist at North Bristol NHS Trust, and co-author, added: "It is important to note the participants were healthy older people who did not develop Alzheimer’s during the trial, but some people did show the type of change over the course of a year in memory and thinking that can precede Alzheimer’s disease. Future work will establish whether this test predicts full-blown Alzheimer’s dementia."

The next step for the researchers will be to test how specific this test is for detecting Alzheimer’s disease compared to other disorders that cause cognitive decline. The research team will do this by comparing long-term memory test scores in people with and without evidence for Alzheimer's disease according to analysis of their cerebrospinal fluid (a very accurate but invasive method of detecting Alzheimer’s disease).

The research was primarily funded by a Wellcome Trust PhD studentship awarded to Dr Wearn (as part of the Neural Dynamics PhD Programme), along with Alzheimer's Research UK and BRACE, a dementia charity based at Southmead Hospital, Bristol.

BRACE is a registered charity (No. 297965) established in 1987 to finance research into dementia and , particularly Alzheimer's disease. BRACE supports dementia research projects undertaken in universities and hospitals in the South West of the UK, particularly in Bristol, which is a centre of excellence for neuroscience research.

BRACE has raised more than £11 million to help support diverse research projects into all aspects of dementia.

BRACE is one of only a few charities that exists specifically to finance dementia research - this work is vital if future generations are to be free from the fear of this devastating illness.