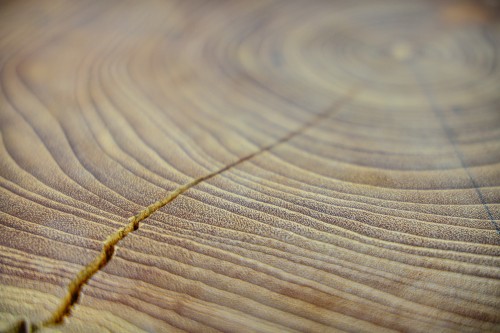 Radiocarbon measurements of tree rings provide important data at annual resolution for the some of the IntCal20 calibration curve. Ronny Friedrich

Radiocarbon dating, a technique widely used in archaeology and geoscience, is set to become more accurate than ever after an international team of scientists have shared much-anticipated new calibration curves based on data from ancient trees, lake and ocean sediments, cave deposits and more.

A team of researchers at the Universities of Belfast, Sheffield, Bristol, Glasgow, Oxford, St. Andrews and Historic England, among many other international institutions, used measurements from almost 15,000 samples from objects dating back as far as 60,000 years ago as part of a seven-year project, called IntCal, to produce new international radiocarbon calibration curves, which have been published in the journal Radiocarbon.

Professor Paula Reimer, from Queen’s University Belfast and head of the IntCal project, said: “Radiocarbon dating has revolutionised the field of archaeology and environmental science. As we improve the calibration curve, we learn more about our history. The IntCal calibration curves are key to helping answer big questions about the environment and our place within it.”

Archaeologists can use that knowledge to restore historic monuments or study the demise of the Neanderthals, while geoscientists on the Intergovernmental Panel on Climate Change (IPCC) rely upon the curves to find out about what the climate was like in the past to better understand and prepare for future changes.

The curves are based on a variety of archives that store past radiocarbon but can also be dated using other methods.

Dr David Richards, Reader in Physical Geography at the University of Bristol was responsible for coordinating efforts to stretch the limits of the curve using data from stalagmites, which rely on an alternative dating method based on radioactive decay of uranium to thorium, and also an understanding of the carbon cycle in the soils and rocks above the caves.

Dr Richards said: “It has been a pleasure to be part of this international collaborative effort, using new statistical approaches with data from buried trees, fossil corals and cave stalagmites from across the globe. We provide much-anticipated calibration curves and an improved clock to beyond 55,000 years ago for archaeology and geosciences.”

The previous radiocarbon calibration curves developed over the past 50 years, were heavily

reliant upon measurements taken from chunks of wood covering 10 to 20 years growth so they were large enough to be tested for radiocarbon.

Dr Tim Heaton, from the University of Sheffield’s School of Mathematics and Statistics and lead author on the Marine20 curve, said: “This is a very exciting time to be working in radiocarbon. Developments in the field have made it possible to truly advance our understanding. I look forward to seeing what new insights into our past these recalculated radiocarbon timescales provide.”

Radiocarbon dating is the most frequently used approach for dating the last 55,000 years. It was first developed in 1949 and depends upon two isotopes of carbon called stable 12C and radioactive 14C.   If the level of atmospheric 14C were constant, dating would be easy. However, it has fluctuated significantly throughout history. To date material accurately, scientists need a reliable historical record of its variation to transform 14C measurements into calendar ages. The new IntCal curves provide this link.

“The new curves have internationally important implications for archaeological methodology, and for practices in conservation and understanding of wooden built heritage.”

Bristol has a strong tradition in the use of isotopes across the sciences. Having played a part in the construction of the IntCal radiocarbon curves, researchers at Bristol now look forward to using them to explain changes in past ocean circulation and a wide variety of archaeological studies.

Bristol Isotope Group host state-of-the-art facilities and develop novel methods to date and trace the origin of geological materials, and determine the rates of processes in the Earth system and beyond.