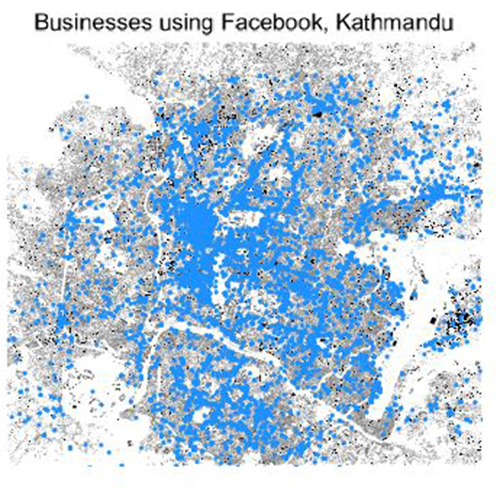 Time series for the total number of Facebook posts made by all businesses in Kathmandu, Nepal showing transformed posting activity data resulting from the proposed methodology.

Social media should be used to chart the economic impact and recovery of businesses in countries affected by the COVID-19 pandemic, according to new research published in Nature Communications. University of Bristol scientists describe a ‘real time’ method accurately trialled across three global natural disasters which could be used to reliably forecast the financial impact of the current global health crisis.

Traditional economic recovery estimates, such as surveys and interviews, are usually costly, time-consuming and do not scale-up well. However, researchers from Bristol’s Departments of Engineering Maths and Civil Engineering show they were able to accurately estimate the downtime and recovery of small businesses in countries affected by three different natural hazards using aggregated social media data.

Using data from the public Facebook posts of local businesses collected before, during and after three natural disasters comprising the 2015 Gorkha earthquake in Nepal, the 2017 Chiapas earthquake in Mexico, and the 2017 hurricane Maria in Puerto Rico, the team charted the number of smaller urban businesses who were closed and then were able to measure their recovery post-event. The team validated their analysis using field surveys, official reports, Facebook surveys, Facebook posts text analysis and other studies available in literature.

Importantly, the framework works in ‘real time’ without the need for text analysis which can be largely dependent on language, culture or semantic analysis and can be applied to any size area or type of natural disaster, in developed and developing countries, allowing local governments to better target the distribution of resources.

Dr Filippo Simini, Senior Lecturer and lead author explains: “The challenge of nowcasting the effect of natural hazards such as earthquakes, floods, hurricanes, and pandemics on assets, people and society has never been more timely than ever for assessing the ability of countries to recover from extreme events.

“Often, small to medium-sized businesses slip through the net of traditional monitoring process of recovery. We noticed in areas struck by natural hazard events that not all areas and populations react in the same way.”

Dr Flavia De Luca, Senior Lecturer in Bristol’s Department of Civil Engineering and lead author, added: “We had the idea of supporting post-emergency deployment of resources after a natural hazard event using public Facebook posts of businesses to measure how a specific region is recovering after the event. It was amazing to find out that the approach was providing information on the recovery in ‘real time’.

“We would like to test the method to measure the economic impact of the COVID-19 pandemic.”