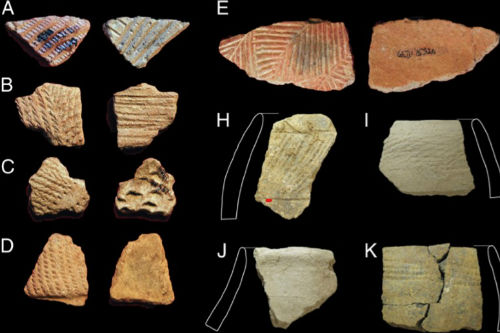 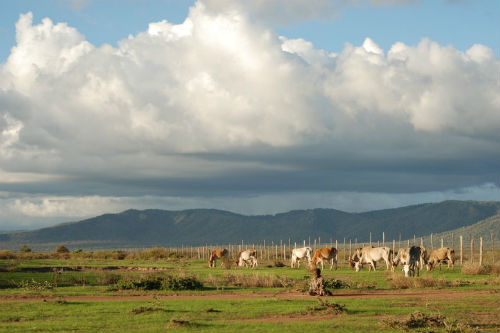 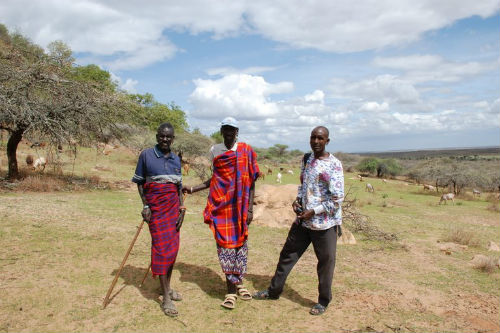 The development of pastoralism is known to have transformed human diets and societies in grasslands worldwide. Cattle-herding has been (and still is) the dominant way of life across the vast East African grasslands for thousands of years.

This is indicated by numerous large and highly fragmentary animal bone assemblages found at archaeological sites across the region, which demonstrate the importance of cattle, sheep and goat to these ancient people.

Today, people in these areas, such as the Maasai and Samburu of Kenya, live off milk and milk products (and sometimes blood) from their animals, gaining 60 – 90 percent of their calories from milk.

Milk is crucial to these herders and milk shortages during droughts or dry seasons increase vulnerabilities to malnutrition, and result in increased consumption of meat and marrow nutrients.

Yet we do not have any direct evidence for how long people in East Africa have been milking their cattle, how herders prepared their food or what else their diet may have consisted of.

Significantly though, we do know they have developed the C-14010 lactase persistence allele, which must have resulted from consumption of whole milk or lactose-containing milk products. This suggests there must be a long history of reliance on milk products in the area.

To address this question, the researchers examined ancient potsherds from four sites in Kenya and Tanzania, covering a4000-year timeframe (c 5000 to 1200 BP), known as the Pastoral Neolithic, using a combined chemical and isotopic approach to identify and quantify the food residues found within the vessels. This involves extracting and identifying the fatty acids, residues of animal fats absorbed into the pot wall during cooking.

The findings, published today in the journal PNAS, showed that by far the majority of the sherds yielded evidence for ruminant (cattle, sheep or goat) meat, bones, marrow and fat processing, and some cooking of plants, probably in the form of stews.

This is entirely consistent with the animal bone assemblages from the sites sampled. Across this entire time frame, potsherds preserving milk residues were present at low frequencies, but this is very similar to modern pastoralist groups, such as the heavily milk-reliant Samburu, who cook meat and bones in ceramic pots but milk their cattle into gourds and wooden bowls, which rarely preserve at archaeological sites.

In the broader sense, this work provides insights into the long-term development of pastoralist foodways in east Africa and the evolution of milk-centred husbandry systems. The time frame of the findings of at least minor levels of milk processing provides a relatively long period (around 4,000 years) in which selection for the C-14010 lactase persistence allele may have occurred within multiple groups in eastern Africa, which supports genetic estimates. Future work will expand to studies of other sites within the region.

Dr Julie Dunne, from the University of Bristol’s School of Chemistry, who led the study, said: “How exciting it is to be able to use chemical techniques to extract thousands of year-old foodstuffs from pots to find out what these early East African herders were cooking.

“This work shows the reliance of modern-day herders, managing vast herds of cattle, on meat and milk-based products, has a very long history in the region.”