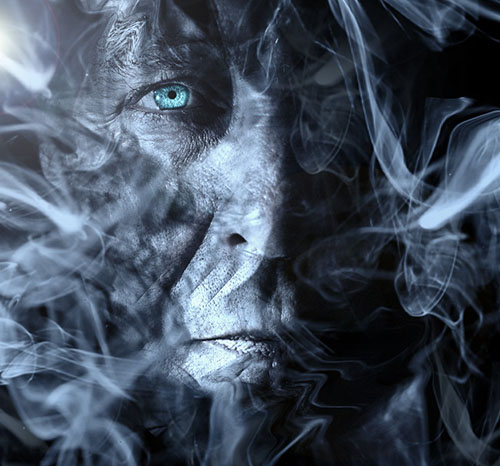 Heavy smoking may have a causal effect on facial ageing, according to new research led by the University of Bristol. The study searched across 18,000 traits from the UK Biobank cohort to identify those that may be affected by how heavily someone smokes. As well as recognising several known adverse effects such as on lung health, the research also found heavy smoking could influence appearance.

The researchers wanted to demonstrate a new approach that could be used to systematically test for causal effects across thousands of outcomes, by combining two existing methods: the Mendelian randomization phenome-wide association study approach and gene-by-environment interaction tests.  To test their new method, the Bristol team searched for the effects of heavy smoking using the UK Biobank cohort.

Their finding adds to evidence that found heavier smoking affects facial attractiveness and the amount of wrinkling, which might be reasons to encourage someone to stop smoking or deter them from starting in the first place.

By showing that the approach works, it could be used to search for the effects of other exposures, such as alcohol intake.

Dr Louise Millard, Vice Chancellor's Research Fellow in the Bristol Medical School: Population Health Sciences (PHS) who led the research, said: "We proposed a novel approach that could be used to search for causal effects of health exposures, and demonstrated this approach to search for the effects of smoking heaviness. We searched across thousands of traits to identify those that may be affected by how heavily someone smokes. As well as identifying several known adverse effects such as on lung health, we also identified an adverse effect of heavier smoking on facial ageing."

Mendelian randomization is a technique that uses genetic variation in a person's DNA to help understand the causal relationships between risk factors and health outcomes – here whether how heavily someone smokes causally affects health outcomes.

However, Mendelian randomization is biased if the genetic variant also affects the outcome via other pathways. The research team used additional information – that the effect of heavy smoking only occurs in people who actually smoke – to overcome this problem. By testing associations in ever and never smokers separately they were able to  assess whether the genetic variant affects an outcome via smoking or another pathway. If the effect is at least partially via smoking heaviness, the researchers would expect the effect to differ in ever versus never smokers, and this would suggest that smoking causally influences the outcome.

Further work is needed to find out whether being told that smoking could affect appearance is an effective strategy for smoking prevention or stopping.

About the MRC Integrative Epidemiology Unit

The MRC Integrative Epidemiology Unit (IEU) is a research unit based at the University of Bristol with funding from the Medical Research Council. It uses genetics, population data and experimental interventions to look for the underlying causes of chronic disease.

About NIHR Bristol BRC
The research centre, awarded to University Hospitals Bristol NHS Foundation Trust (UH Bristol) and the University of Bristol by the NIHR, conducts cutting-edge research to develop new, ground-breaking treatments, diagnostics, prevention and care for patients in a wide range of diseases.

A strand of population health science runs through all themes of the BRC, with a focus on translating scientific discoveries that have arisen from population science into better care for NHS patients.