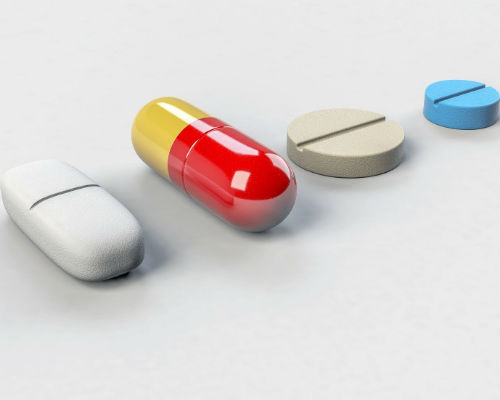 As much as two fifths (43 per cent) of antibiotic prescriptions in the United States could be inappropriate, warn researchers highlighted in an editorial by Professor Hay from Bristol Medical School published by The BMJ today [11 December].

Such a high degree of potentially unnecessary prescribing has important implications for antibiotic stewardship - efforts to reduce antibiotic use in response to the growing threat of antimicrobial resistance.

So a team of researchers based in Oregon set out to estimate how often antibiotics are prescribed without a documented indication in non-hospital (ambulatory) care settings in the United States, and what factors are associated with lack of documentation.

Using data from the National Ambulatory Medical Care Survey (NAMCS), they analysed 28,332 visits (representing over 990 million visits across the United States) to office-based healthcare providers in 2015.

Of these visits, around 130 million (13 per cent) involved an antibiotic prescription and were included in the study.

The researchers then used official diagnostic codes to identify whether each antibiotic prescription was accompanied by appropriate, inappropriate, or no documented indication.

This means that as much as 43 per cent of prescriptions in this analysis could be potentially inappropriate, say the researchers.

Primary care providers had a significantly lower percentage of antibiotic prescriptions without an indication documented (12 per cent) compared with other specialists who commonly prescribe antibiotics (24 per cent) as well as those in all other specialties (29 per cent).

There were no differences in prescribing without indication by type of antibiotic, ethnicity, day of the week, or across seasons.

This is an observational study, so can't establish cause, and the researchers point to some limitations, such as relying on only the first five diagnostic codes documented in the health record, and not assessing prescriptions provided as part of virtual or telephone consultations.

Nevertheless, the results are based on nationally representative survey data, so are highly generalisable to the US population.

As such, the researchers say this study "demonstrates that indications for antibiotic prescribing are not always adequately documented and this can lead to underestimates of the true burden of unnecessary antibiotic use in ambulatory care settings."

They add: "Our study identified a wide range of factors associated with antibiotic prescribing without a documented indication, which may be useful in directing initiatives aimed at supporting better documentation."

A comprehensive coding system is central to effective antibiotic stewardship, says Professor Alastair Hay at the University of Bristol, in a linked editorial. This should involve ensuring that a diagnostic code is recorded every time an antibiotic is prescribed, and that all infections are coded (not just those for which an antibiotic is being prescribed). Along with other strategies, such as better infection control, vaccination, and improved diagnostic precision, this information could help clinicians reflect on and refine their prescribing behaviour, he concludes.