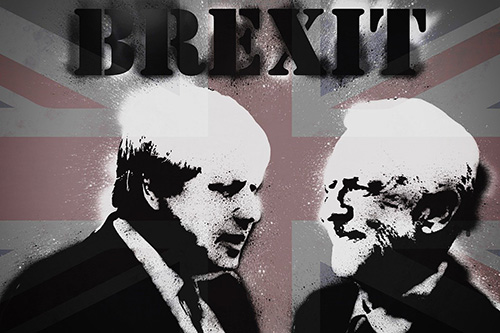 The Conservative Party won a historic election victory last night, winning a majority at the expense of Labour. Simon Tormey, Professor of Politics and Dean of Social Sciences and Law at the University of Bristol, reflects on the key things we've learnt from the 2019 General Election.

1. The polls are not always wrong, and nor are the pollsters. Since the election was called, the Conservative lead has consistently shown an overall majority of 10 per cent or more, equating to a significant majority for Johnson. Notwithstanding the bluster of the campaign, talk of the impact of tactical voting and so forth, the polls did not in the end lie. If anything, they slightly underplayed the big shift in opinion across England in particular.

2. This was indeed the Brexit election. The tragedy of Labour's strategy was to imagine that citizens were somehow so fed up with Brexit that they would tune into a story about public services and austerity, leaving the elephant in the room unaddressed. Labour's own policy was incoherent and ambiguous. They paid the price for their own studied neutrality. One cannot be neutral on an issue as binary as Brexit. The British public knows this, but Labour's have it all stance led to an impossible to sell policy.

3. It was Corbyn, not Johnson, who voters believed was a divisive and trustworthy candidate. By the end, Johnson had engineered a persona that chimed across social classes and the complex topography of British political life. It was Corbyn who looked and sounded untrustworthy, not only on the key matter of the day, but more generally in relation to a host of issues identified by the voters as key to their choice.

4. Johnson's resounding victory in England and Wales may well prove the undoing of the United Kingdom. The SNP recorded a dramatically improved position and will now mobilise behind the demand for another referendum. Johnson's allies in Northern Ireland were put to the sword and the price for this may well be a border poll in the coming Parliament. The mood is unlikely to favour remaining in the UK.

5. The big geopolitical issue is whether the UK now pivots towards the US, or remains broadly within the European orbit. Johnson may have achieved the difficult task of convincing voters that the UK can straddle both interests, but the reality is likely to prove more difficult. With a thumping majority of right-wing allies behind him, it seems likely that the UK's future will increasingly lie in the North Atlantic as opposed to continental Europe. This will in turn accelerate the political economy of the UK away from manufacturing, especially supply chain dependent areas like car making, towards an even more service and IT related economy. The irony is that the latter favours remain and Labour voting areas such as Bristol, as opposed to the former Labour heartlands in the north of England and South Wales.

Professor Simon Tormey became Dean of Social Sciences and Law at the University of Bristol in September 2019. He is a political theorist whose current research focuses on three areas: the crisis of representative democracy; connective politics and governance; and digitisation, new media logics and the political.